Let me first apologize for my absence... I have been getting things in my life under control.... having said that, Thank You for all you do and the support.
Republic VRS Democracy 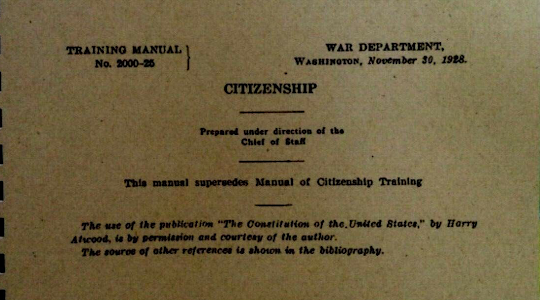 Although I rarely post anything political… this seems to fit right in with Jesse James, Smithsonian and related... so...

After watching History Channel for the last few weeks I couldn’t help but watching their agenda pushed with their new commercial played several times through each program to the point of annoying showing what is supposed to be the Greek Cleisthenes appearing in a voting booth and leading you to believe Democracy is a good thing being the will of the people, If only they would elaborate upon "the Will of the people" and the dangers that comes from it. Cleithenes being the man credited for the creation of the Athenian Democracy in about 525 BC. Yet the people still don’t learn, what government under a Democracy has ever been successful? To my knowledge every Democracy of the past has fallen… Have you ever lived in a Homeowners Association and been visited by the grass police? Perhaps you like living under their stringent and ridiculous rules, if so, carry on… but stay out of my neighborhood where we burn garbage in our back yard, piss off the back deck and invite the smell of a dairy farm...

Democracy allows the powers that be to rob you blind... many of you still think your tax dollars is paying for student loans and welfare recipients... why? because those who keep you in the dark with misinformation are very good at what they do....

This country was formed upon the principles of a FREE Republic.

I pledge allegiance to the flag of the , and to the …. ? How many of you said Democracy?

In short, a democracy is treasonous, the principles of which are in violation of a and nothing more than a glorified HOA with a group of Karens at the head. 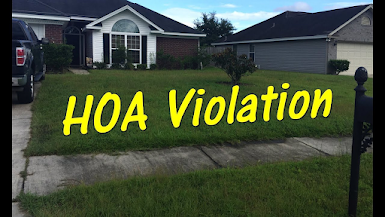 30 some odd years ago during my Constitutional studies period I came across a book called the 1928 Soldiers Training Manual, I took notice because an all out effort was in place by the powers that be, to destroy this book and keep it from the public… Why I thought…. There are many text copies available, I highly recommend a read….

From the 1928 Soldiers Training Manual

Here are four (4) facsimile section reproductions taken from a 156 page book officially compiled and issued by the U.S. War Department, November 30,1928, setting forth exact and truthful definitions of a Democracy and of a Republic, explaining the difference between both. These definitions were published by the authority of the United States Government and must be accepted as authentic in any court of proper jurisdiction. These precise and scholarly definitions of a Democracy and a Republic were carefully considered as a proper guide for soldiers and citizens by the Chief of Staff of the United States Army. Such definition stake precedence over any "definition" that may be found in the present commercial dictionaries which have suffered periodical "modification" to please "the powers in office. Shortly after the "bank holiday" in the thirties, hush-hush orders from the White House suddenly demanded that all copies of this book be withdrawn from the Government Printing Office and the Army posts, to be suppressed and destroyed without explanation. This was the beginning of the complete red control of the Government from within, not from without.

Prepared under the direction of the Chief of Staff.

This manual supersedes Manual of Citizenship Training The use of the publication "The Constitution of the ," by Harry Atwood, is by permission and courtesy of the author.

A government of the masses. Authority derived through mass meeting or any other form of "direct" expression. Results in mobocracy. Attitude toward property is communistic--negating property rights. Attitude toward law is that the will of the majority shall regulate, whether is be based upon deliberation or governed by passion, prejudice, and impulse, without restraint or regard to consequences. Results in demogogism, license, agitation, discontent, anarchy

Authority is derived through the election by the people of public officials best fitted to represent them. Attitude toward law is the administration of justice in accord with fixed principles and established evidence, with a strict regard to consequences. A greater number of citizens and extent of territory may be brought within its compass. Avoids the dangerous extreme of either tyranny or mobocracy. Results in statesmanship, liberty, reason, justice, contentment, and progress. Is the "standard form" of government throughout the world. A republic is a form of government under a constitution which provides for the election of (1) an executive and (2) a legislative body, who working together in a representative capacity, have all the power of appointment, all power of legislation, all power to raise revenue and appropriate expenditures, and are required to create (3) a judiciary to pass upon the justice and legality of their government acts and to recognize (4) certain inherent individual rights.

Atwood. to all others.--Autocracy declares the divine right of kings; its authority can not be questioned; its powers are arbitrarily or unjustly administered. Democracy is the "direct" rule of the people and has been repeatedly tried without success. Our Constitutional fathers, familiar with the strength and weakness of both autocracy and democracy, with fixed principles definitely in mind, defined a representative republican form of government. They "made a very marked distinction between a republic and a democracy * * * and said repeatedly and emphatically that they had founded a republic."

A Democracy cannot exist as a permanent form of Government. It can only exist until the voters discover they can vote themselves largess out of the public treasury. From that moment on the majority always votes for the candidate promising the most benefits from the public treasury with the result that Democracy always collapses over a loose fiscal policy, always to be followed by a Dictatorship.(Written by Professor Alexander Fraser Tytler, nearly two centuries ago while our thirteen original states were still colonies of Great Britain. At the time he was writing of the decline and fall of the over two thousand years before.

"Did I say "republic?" By God, yes, I said "republic!" Long live the glorious republic of the . Damn democracy. It is a fraudulent term used, often by ignorant persons but no less often by intellectual fakers, to describe an infamous mixture of socialism, miscegenation, graft, confiscation of property and denial of personal rights to individuals whose virtuous principles make them offensive."

My people are destroyed for lack of knowledge: because thou hast rejected knowledge, I will also reject thee, that thou shalt be no priest to me: seeing thou hast forgotten the law of thy God, I will also forget thy children. 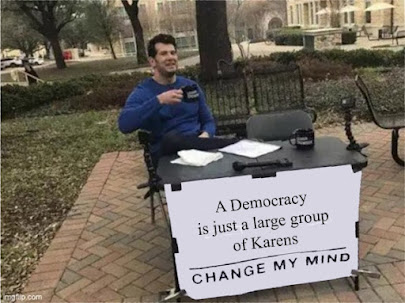