Photos by My Sweet Amy and Myself... 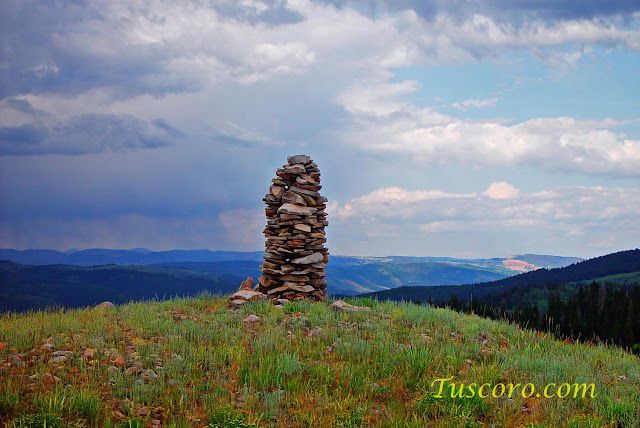 On 6/13/2015 I revisited an old site that I had made it to about 12 years ago.
The site is located on the outskirts of the Uinta Mountains in the area of . Before this I had heard of these monuments for near 15 years. It is said these monuments have existed ever since the white man came. The local Indians of 50 years ago said they were built by the Spaniards long before the white man came. I recall when I first visited the site full of eagerness to learn more of them, Wanting to believe they were built by the Spaniards, I had no way of knowing for sure.

In the last 12 years however I have learned enough about Lichenometry to at least make a determination of the age of monuments give or take 50 years. This knowledge came through my friend Steven Shaffer who's brother Boyd Shaffer a biologist,  is one of the leading authorities on Lichenometry.

"In archaeology, palaeontology, and geomorphology, lichenometry is a geomorphic method of geochronologic dating that uses lichen growth to determine the age of exposed rock,"

The simple explanation as it pertains to Xanthoria elegans, commonly known as the elegant sunburst lichen or what I call Crustose lichen, is that the growth rate of a single spore would be equal to the size of a dime would be equal to about 100 years give or take 10 years. It is understood in Lichenometry that if a rock used to build a monument having Crustose Lichen already growing on the rock, is picked up and rotated in any direction more than 15 degrees from its former position, the Lichen will die and new spores will begin to grow. 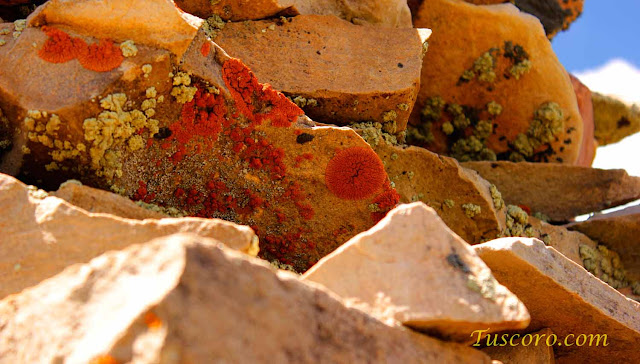 Crustose Lichen on the 12 foot monument, diameter of a 50 cent piece

Without a doubt in visiting 7 of the monuments along the high ridge, they are indeed NOT of recent manufacture as supposed but the many skeptics due to the lack of education and seeming intended Ignored history in . The lichen growth according to what I have been taught by Steven, and by his brother Boyd, these monuments visited yesterday having spore growth ranging from Quarter size to 50 cent piece size, were likely constructed approximately 200 or more years ago in the later 18th century to early 19th century. I am left with no doubt they were built by Spanish Expeditions into the mountains of , and at a time prior to Escalante and for the purpose of Mining. 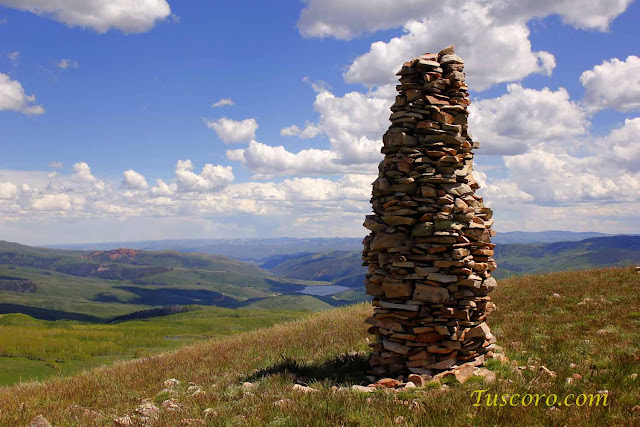 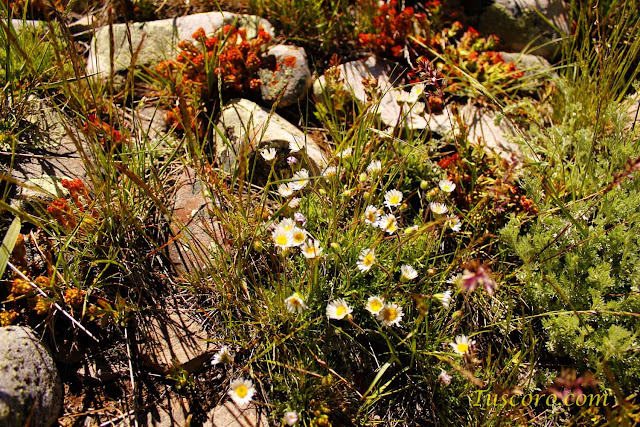 What else was I able to ascertain from these monuments that I was unable to 12 years ago? Not much, however what little I was able to see, that I had not eyes to see 12 years ago, was in that the large monument was no doubt intended to be seen from an approaching expedition party from the East traveling UP the Current Creek drainage. I call these types of Monuments, Icon Monuments, designed to be informational and to be spotted from long distances. It is common if not expected that from an , others can be seen with the naked eye. One should look very closely when at one of these monument sites.

I also discovered that one of the monuments gives direction to an active mining location of the past where in 3 mines of significance is located. Also in the same direction and about 4 miles across the canyon, is another seeming that can be seen IF you know where to look. I hope to go further investigate soon.

One of the monuments which I believe would have shed much light, unfortunately has been destroyed by what appears to have been snowmobilers or some one using 3 feet of the  top portion of a 6 foot monument for making a fire ring. Other monuments which have not been previously destroyed, remained as they were 12 years ago. 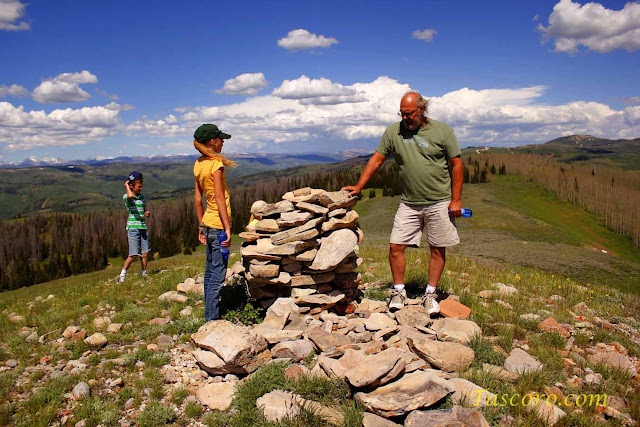 Until I have been able to visit 3 more distance sites, I am certain I cannot further evaluate the purpose or meaning of those visited on this trip. I had hoped to confirm at least one , but if it was a turtle monument, it is no longer in condition to make a determination. Fortunately, rumors that the large 12 foot monument had been destroyed were not true, but the 6 foot monument has been. I was however happy to see the Forrest service blocked off the two track roads leading to the monuments.
Posted by Tuscoro at 1:25 PM 1 comment:

Of all the places I have traveled, I have never seen anything that could compare to the many geologic formations found in Utah... here are some from Southern Utah. Zions and Bryce.


Images courtesy of My Sweet Amy... 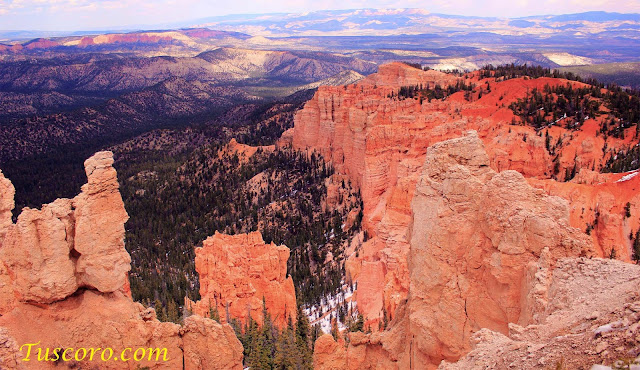 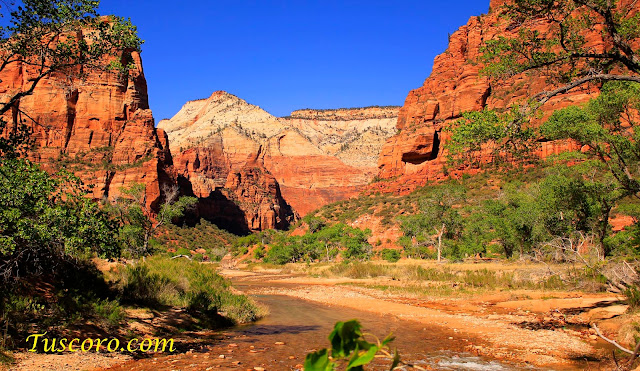 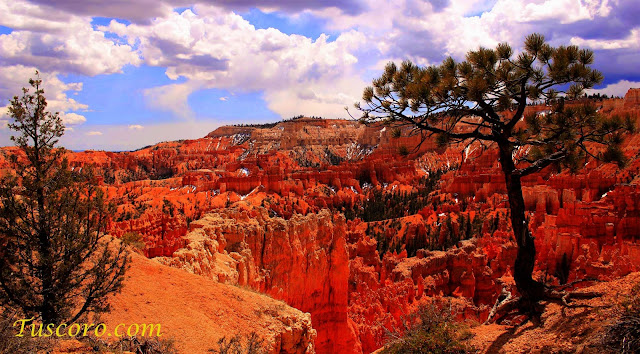 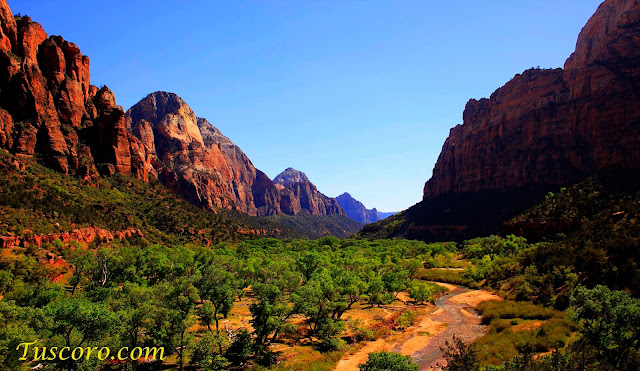 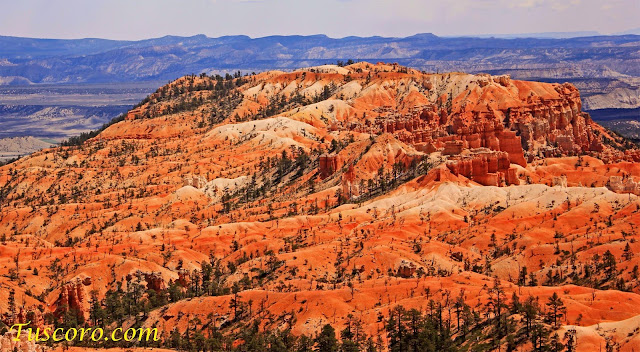 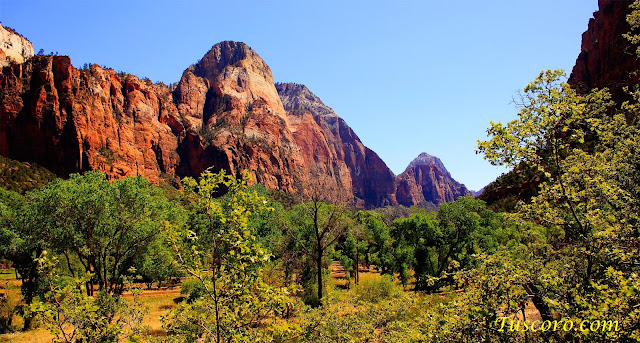 Posted by Tuscoro at 8:30 AM No comments: