Tramway into the Grand Canyon? It won't be the first time... 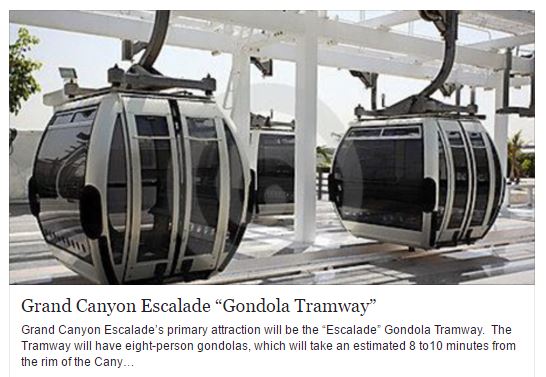 I don't know how many of you have heard about this, but I think it would be pretty cool... I do not know the whole story but I do know there are groups who do not like the idea...

BUT... did you know this would not be the first time a tram was built into the ? Just 15 miles or so to the North of the above mentioned proposed project, a tram descended into the grand Canyon to a shelf some 1000 feet above the river, Why?

The exact year it was built is unknown as I cannot find any mention of it anywhere, however I do know it was still there in 1954 and the lower tower remained until at least 1956, whether it was in operation or not in 1954 or falling apart from its previous use what ever that may have been, we may never know. To my knowledge, nothing of the tram remains today… So, my question is this, why was a tram built to descend 1800 feet below and ending on a shelf some 1000 feet above the river?

What is more interesting to me is that it once existed at the very location where the purported Egyptian LIKE (NOT Egyptian) underground city is known by some, to have been located in 1909, of which its entrance was said to be about 1000 feet from the canyon floor and 1480 feet from the top rim... curious indeed…

Whether a underground city was actually found in 1909 or not is neither here nor there, I don't think a one of us could verify one way or the other. But has any one ever heard of this tram, and if so, why was it built in such and awkward place? How do I know it was there? 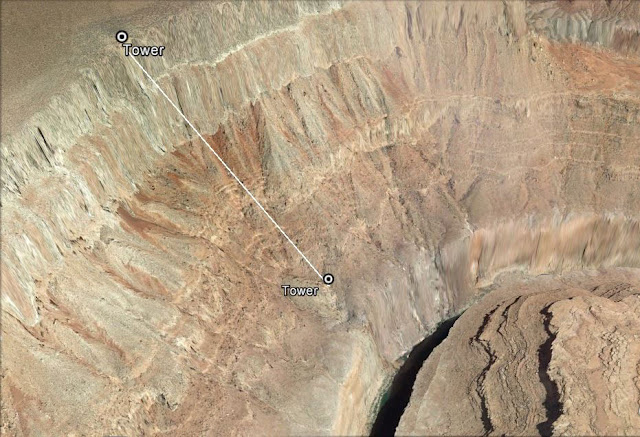 Keep in mind, in 1954, there was no city of  , Page was established in 1957 and the rim in which the tram departed was strict Navajo Indian Reservation.  dam did not start construction until 1956.  and Kanab were at the time the closest towns some 56 miles away.

Why would anyone build a tramway in the Grand Canyon and to a seemingly useless spot 1000 feet above the river? Bat Guano maybe?

It would seem there was another tramway constructed in 1907 that existed on the south rim, it is said it was to bring bat guano from a cave in the depths of the canyon... curious... 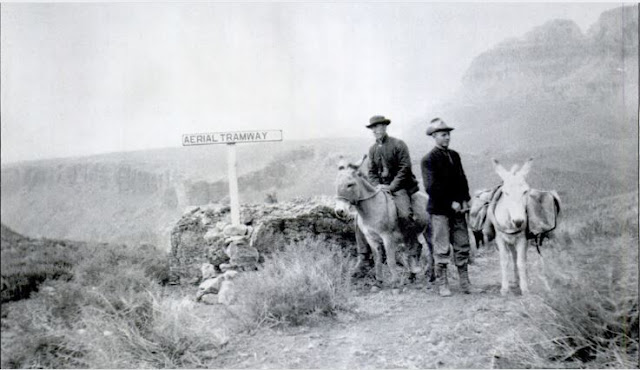 IF any of you know anything about the previous mentioned tramway that existed until 1956, and anything about its purpose, please contact me. tuscoro@gmail.com
Posted by Tuscoro at 3:57 PM No comments:

My friend Bruce called me yesterday from his work site excited and said, I think we have some monuments out here... today we went out to see just what was there...

Here is some highlight photos from today... in addition to 5 authentic Spanish monuments,  we also found 4 claim marker monuments some distance away however of the 5, I have no doubt are from Spanish expeditions leading to a place you would not think. It is highly suspect at one of the two monument sites we visited, one is suspect of a cache site. I wish I could tell more but you know how it goes,

I will say this, documented evidence proves expeditions passed by this place roughly 150 to 180 years ago. Based on the crustose lichen growth it is apparent they were not the first, and my non professional conclusion is, these monuments were built 250 to 300 years ago.

The Last Monument Photo is not a Spanish Monument, it failed the test miserably... hard to tell them apart no? Not really, There are actually 4 things that must be present and if you want to learn how to tell the difference, join us some time... 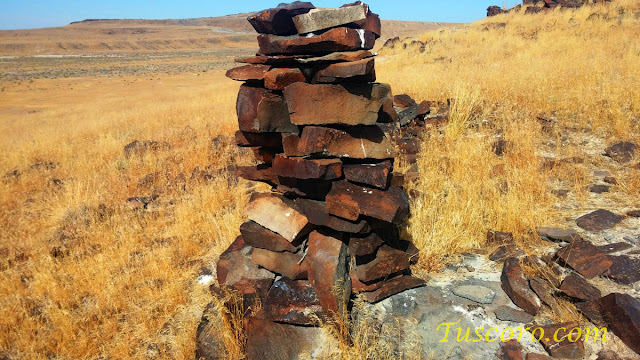 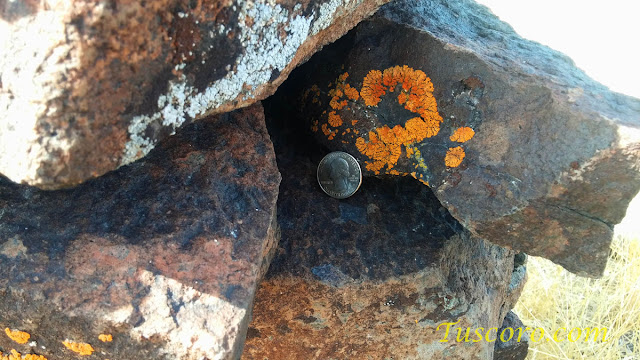 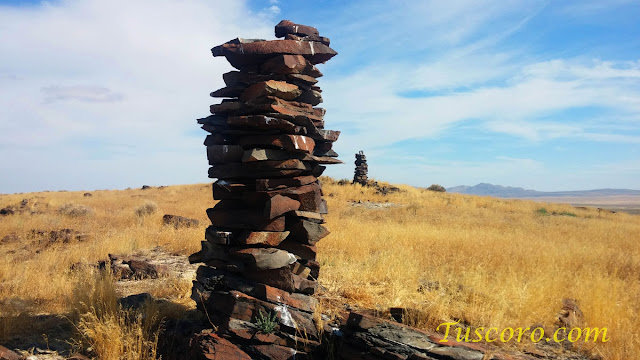 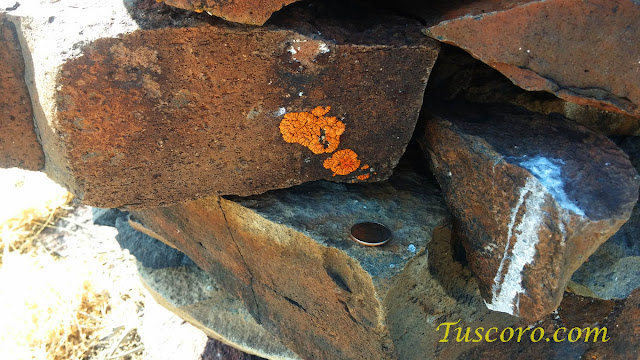 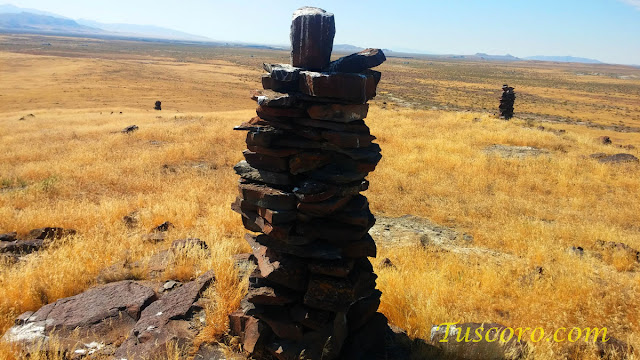 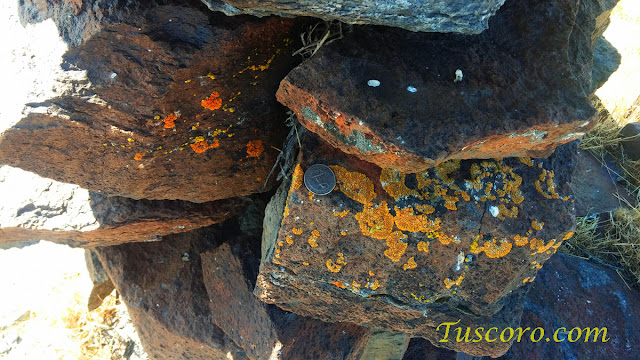 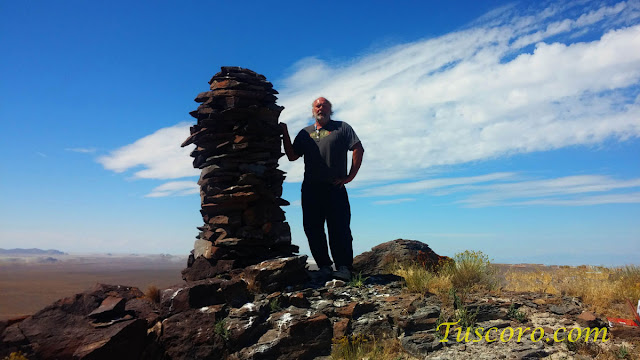 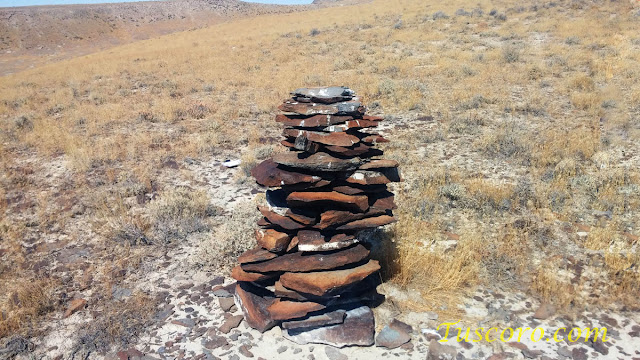 It is my opinion, this one was a simple claim marker. Many would have claimed it as authentic,
the other 3 claim marker were very much more obvious.
Posted by Tuscoro at 5:35 PM 2 comments: