May 2nd was an emotionally chaotic day... It was great to get back to this site from over a decade ago, yet... I am reminded of how many of the monuments never were documented... Also on this return trip... of which I had heard rumor... we found that many of the Monuments have been destroyed.... 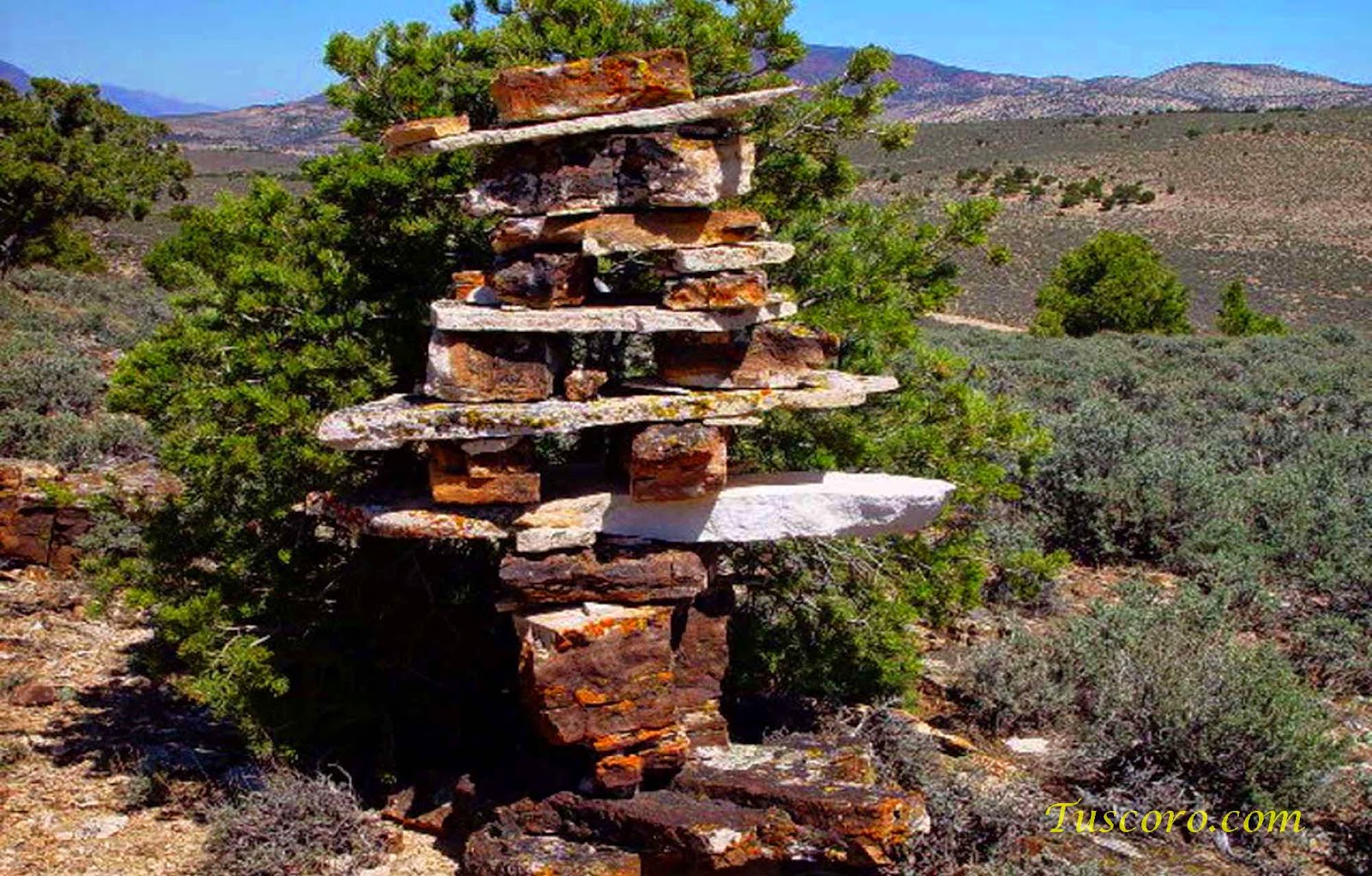 I don't understand.... whether 100 years old or in excess of 500 years and as well as they were built, how is it they survive chaining operations, Curt Gowdy cowboys and there target shooting etc.. all this time, and along comes this generation, and they get destroyed... The sad part for me is there is no immediate consequence for their destruction such as the destruction of Native American Petroglyphs. What the hell is the matter with people these days? It would seem this generation is is taught the values of destruction rather than building something or preservation... At least one of the many that was destroyed, it was clear that it was used as target practice... Wow, there's something to brag about to your grand kids...  Damned weekend warriors anyway...


Oh well... MOVE ON! I have several more to document and need help in that I do not own 4 wheelers... any takers?

Here are several of the presumed prehistoric intricately built monuments that are now destroyed... 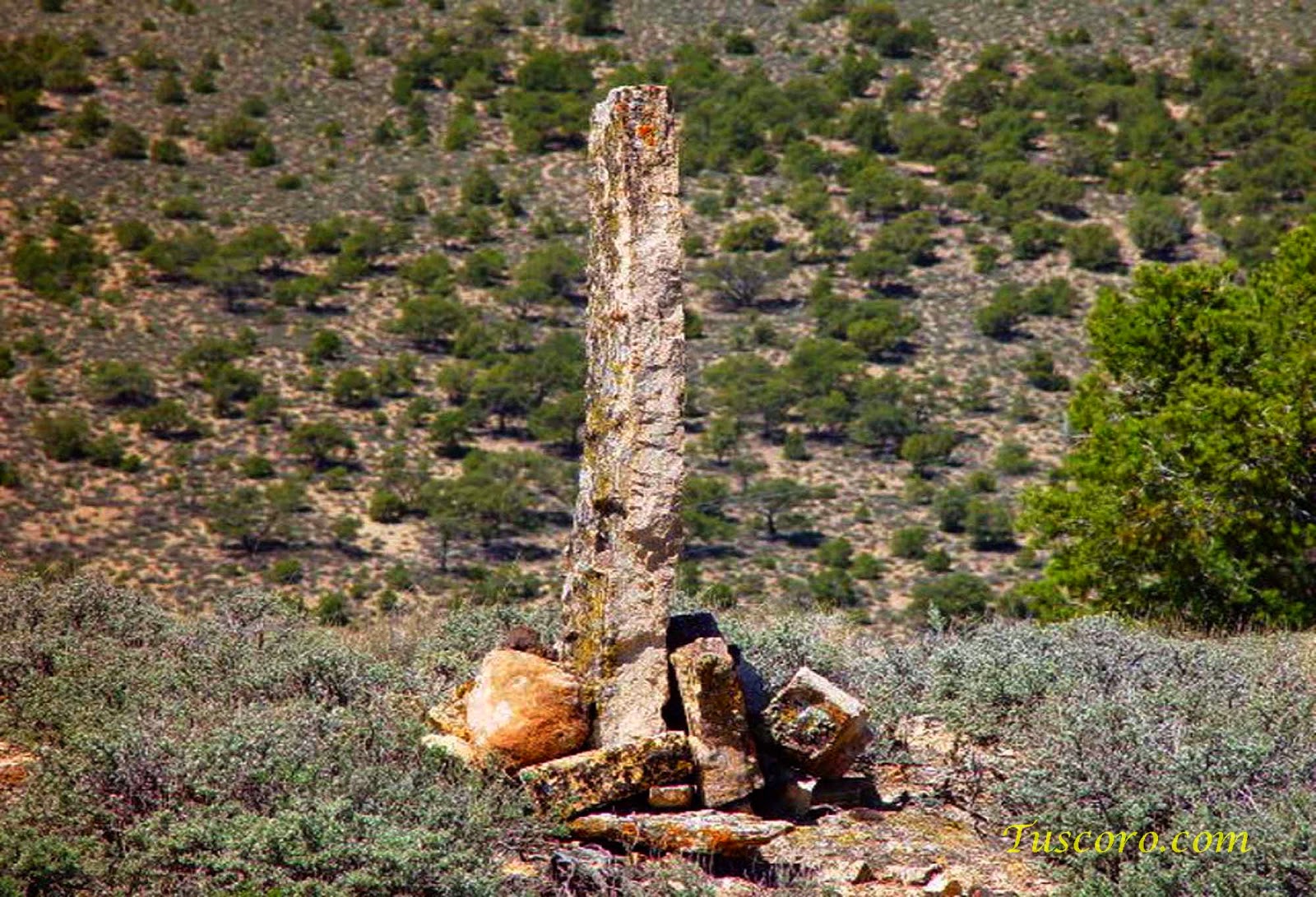 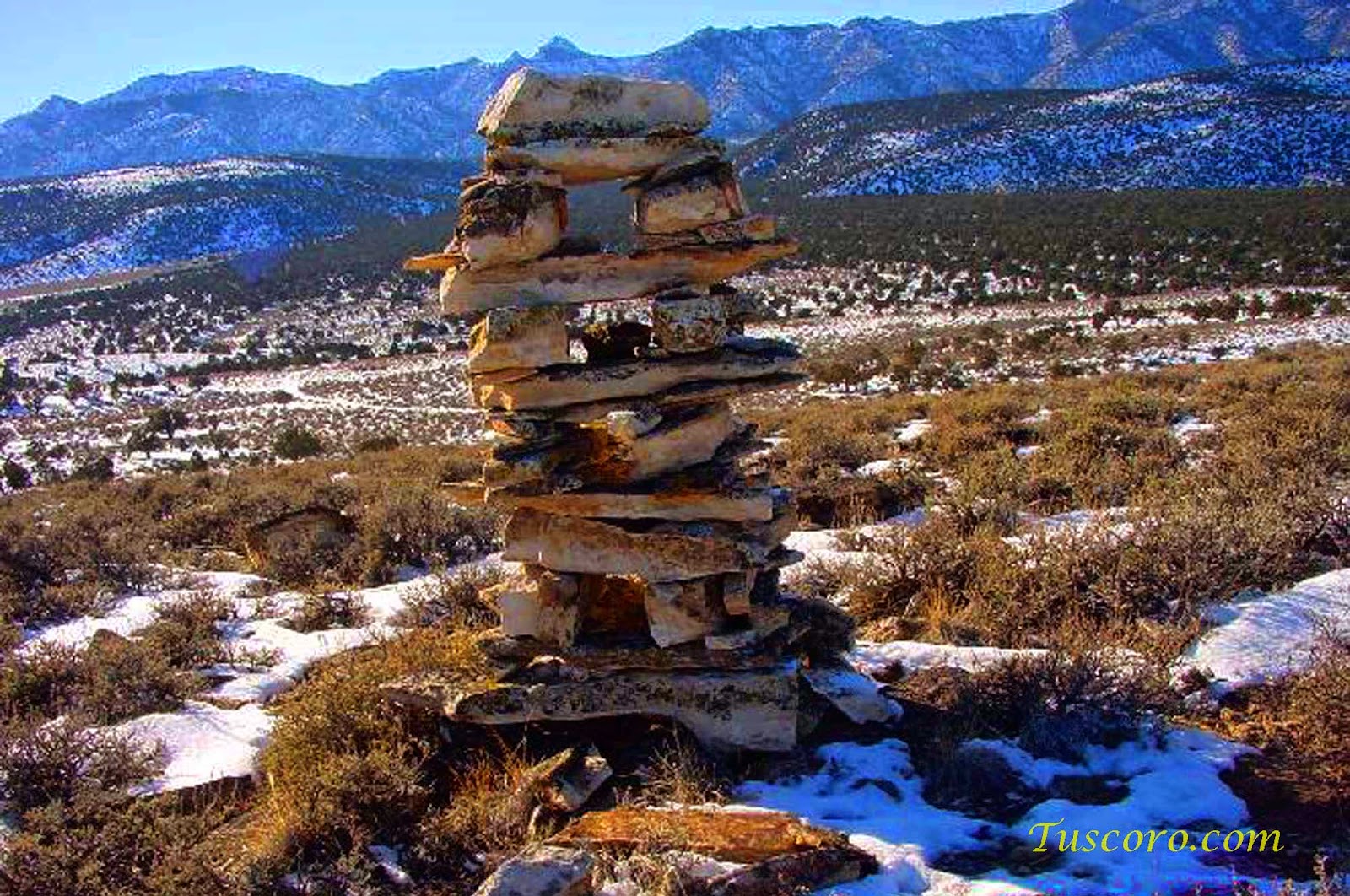 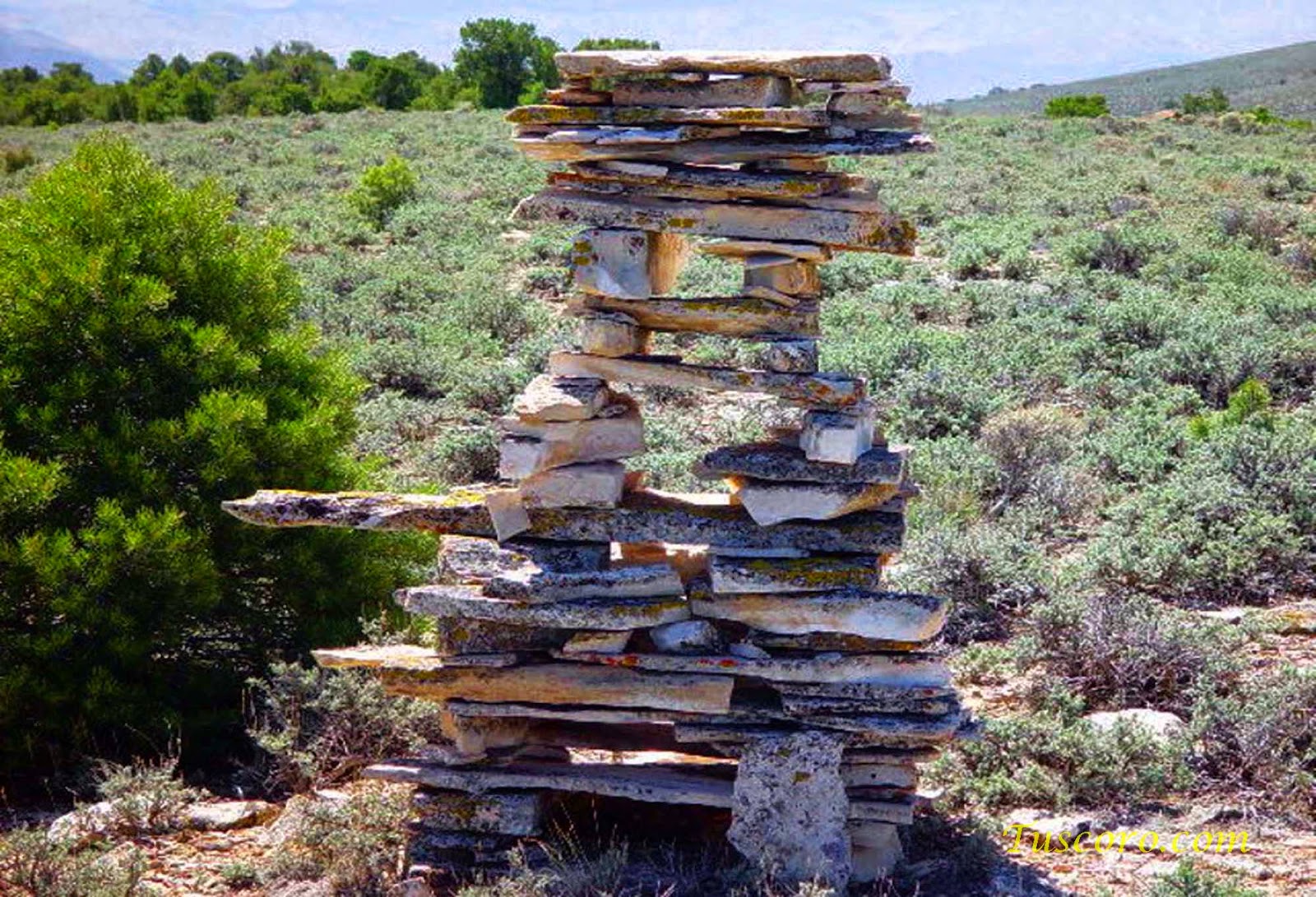 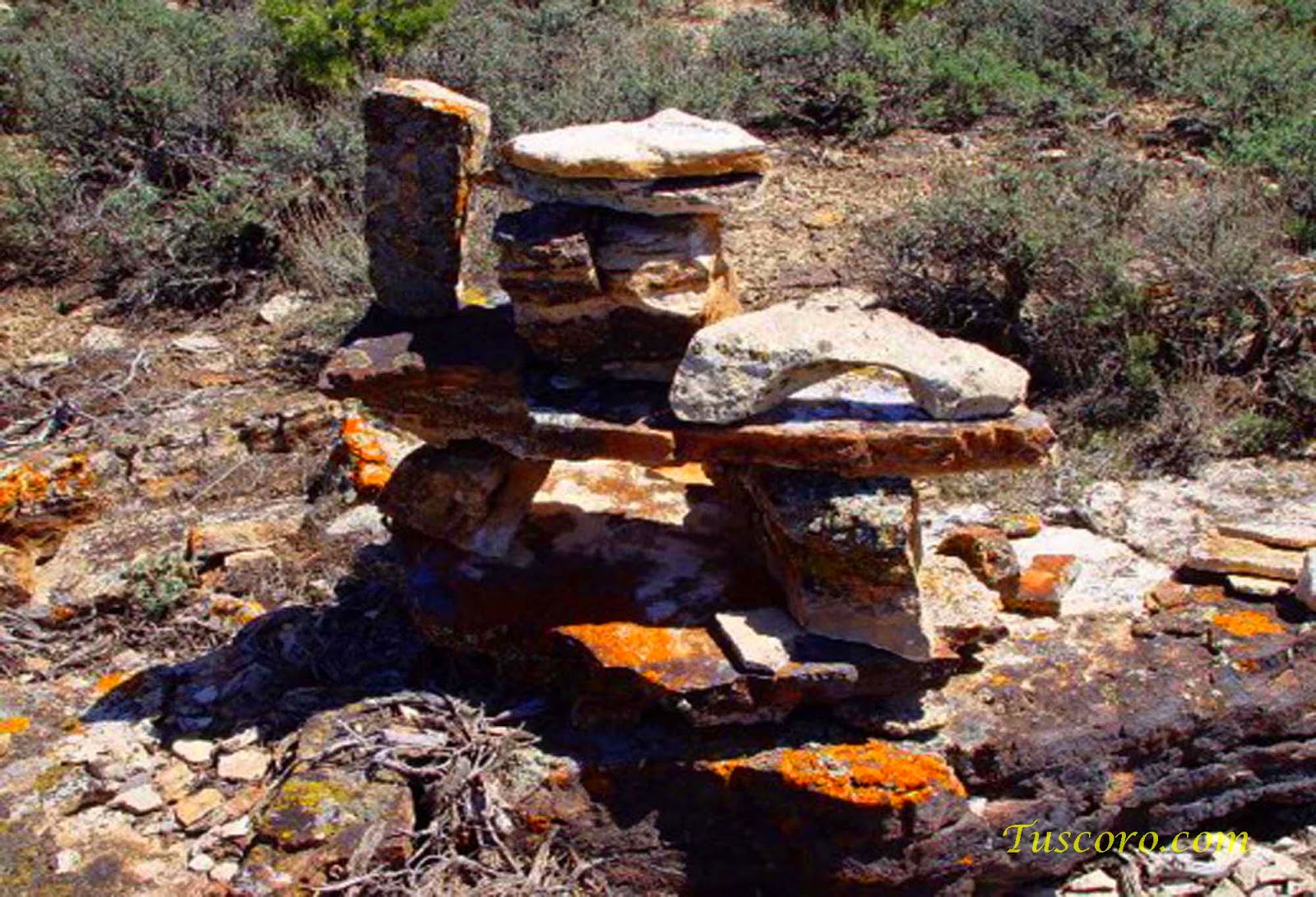 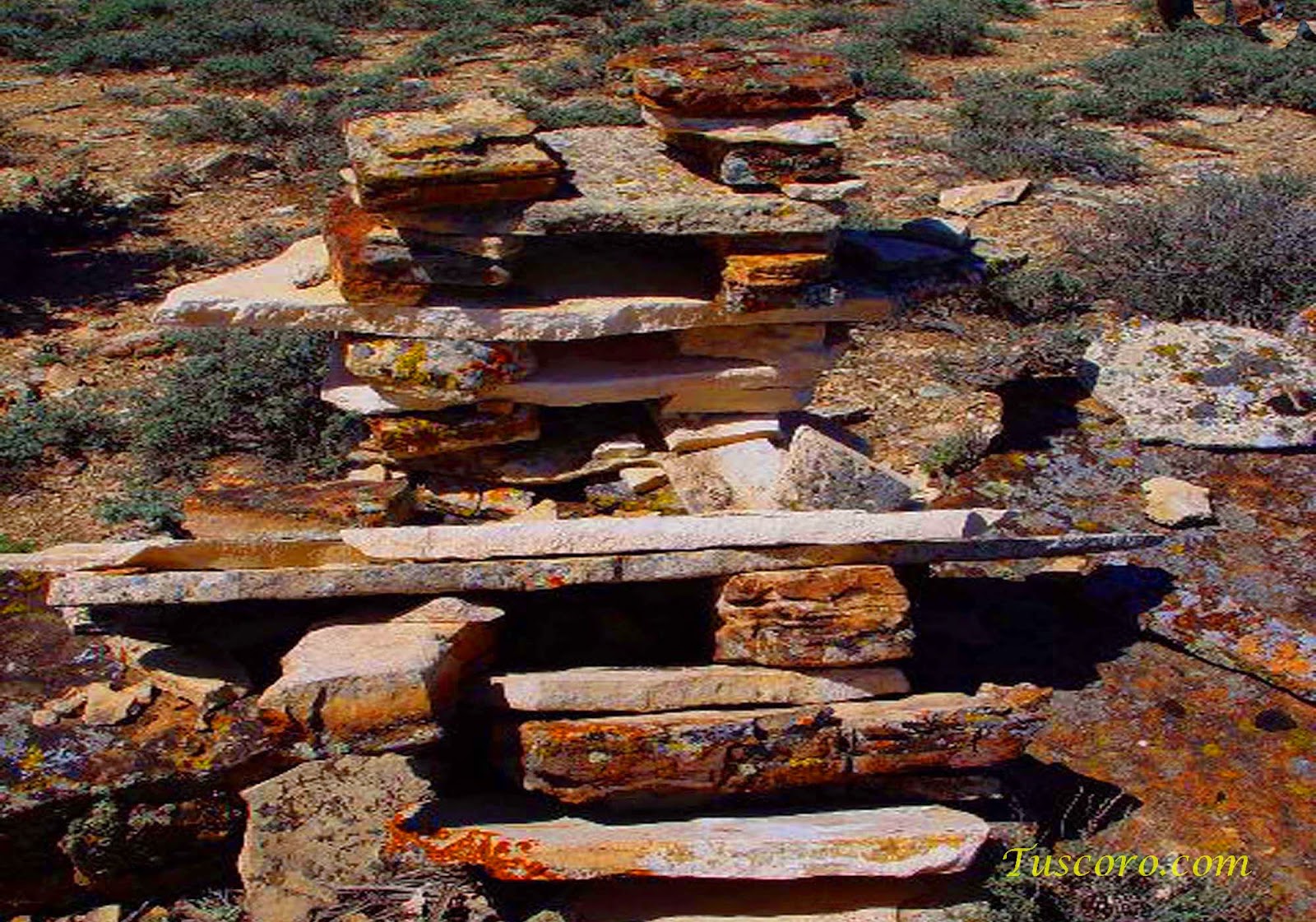 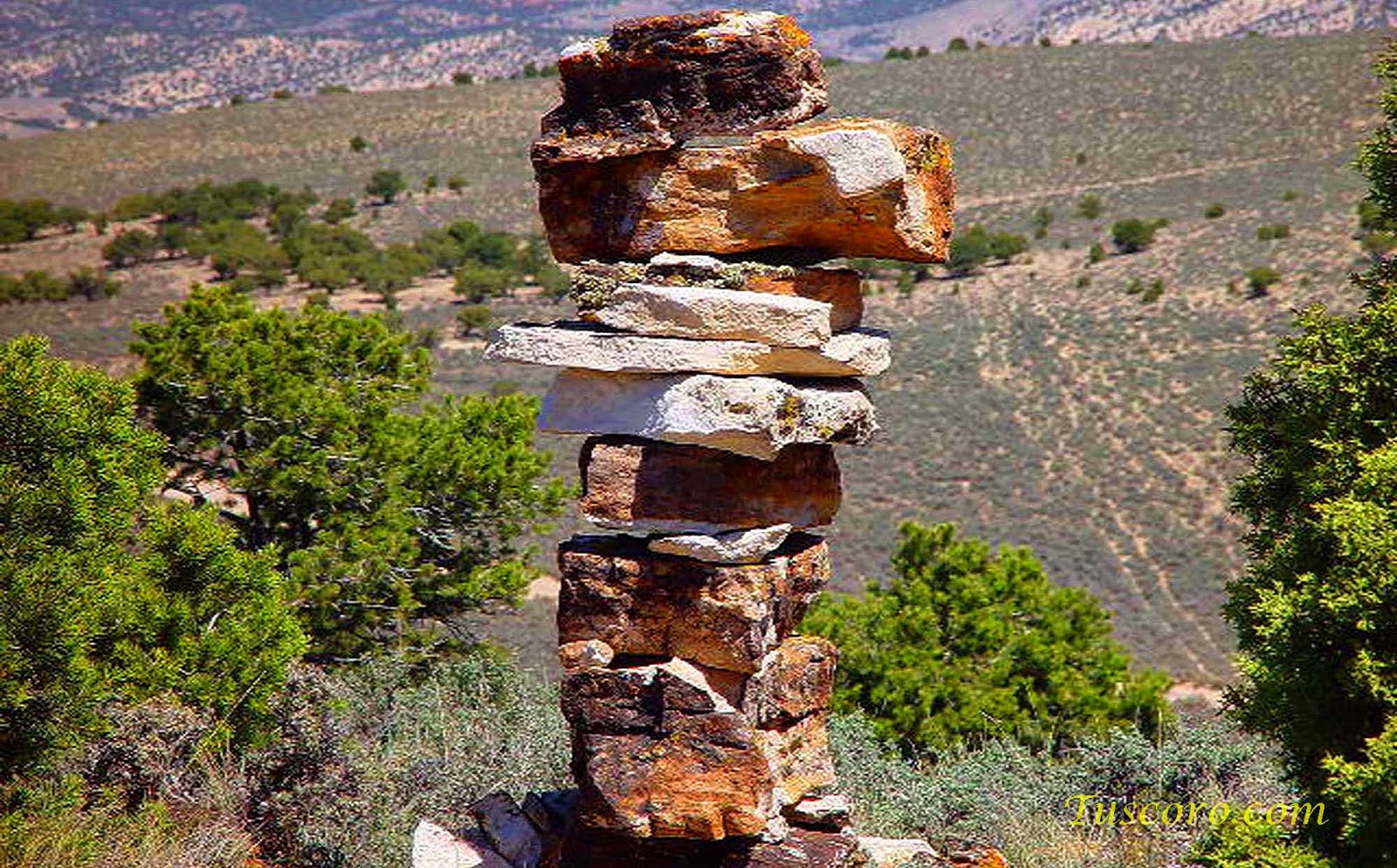 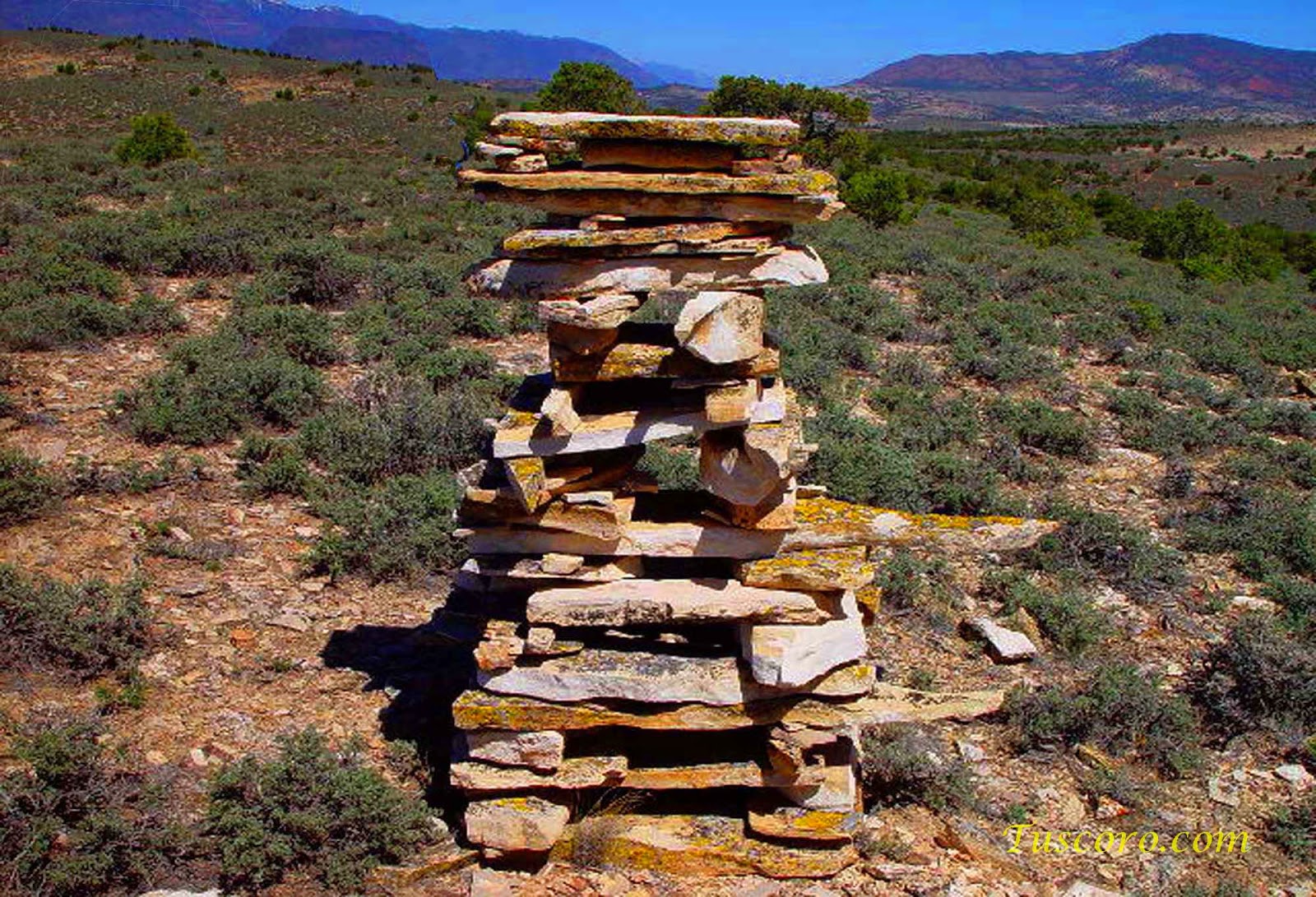 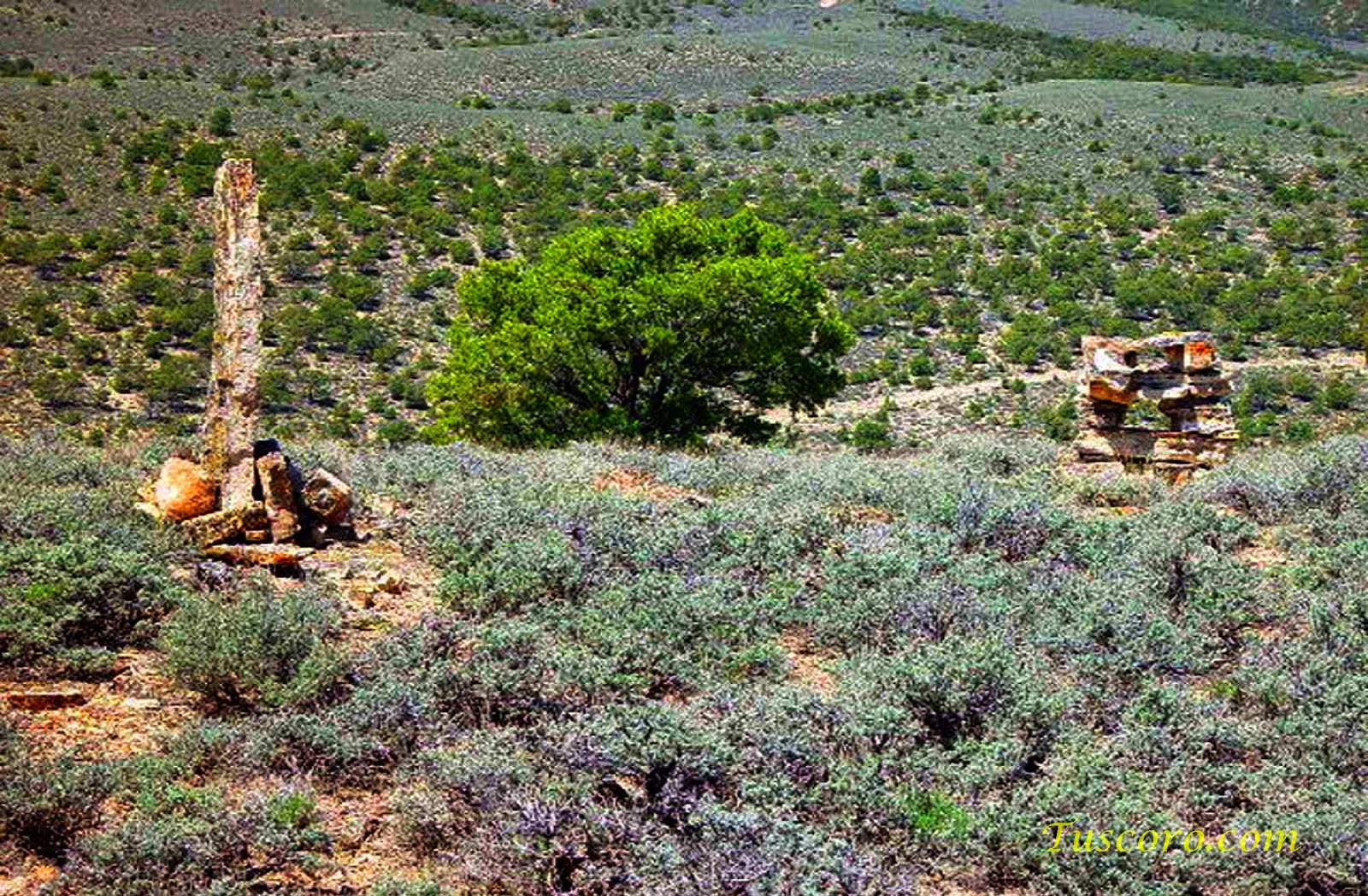 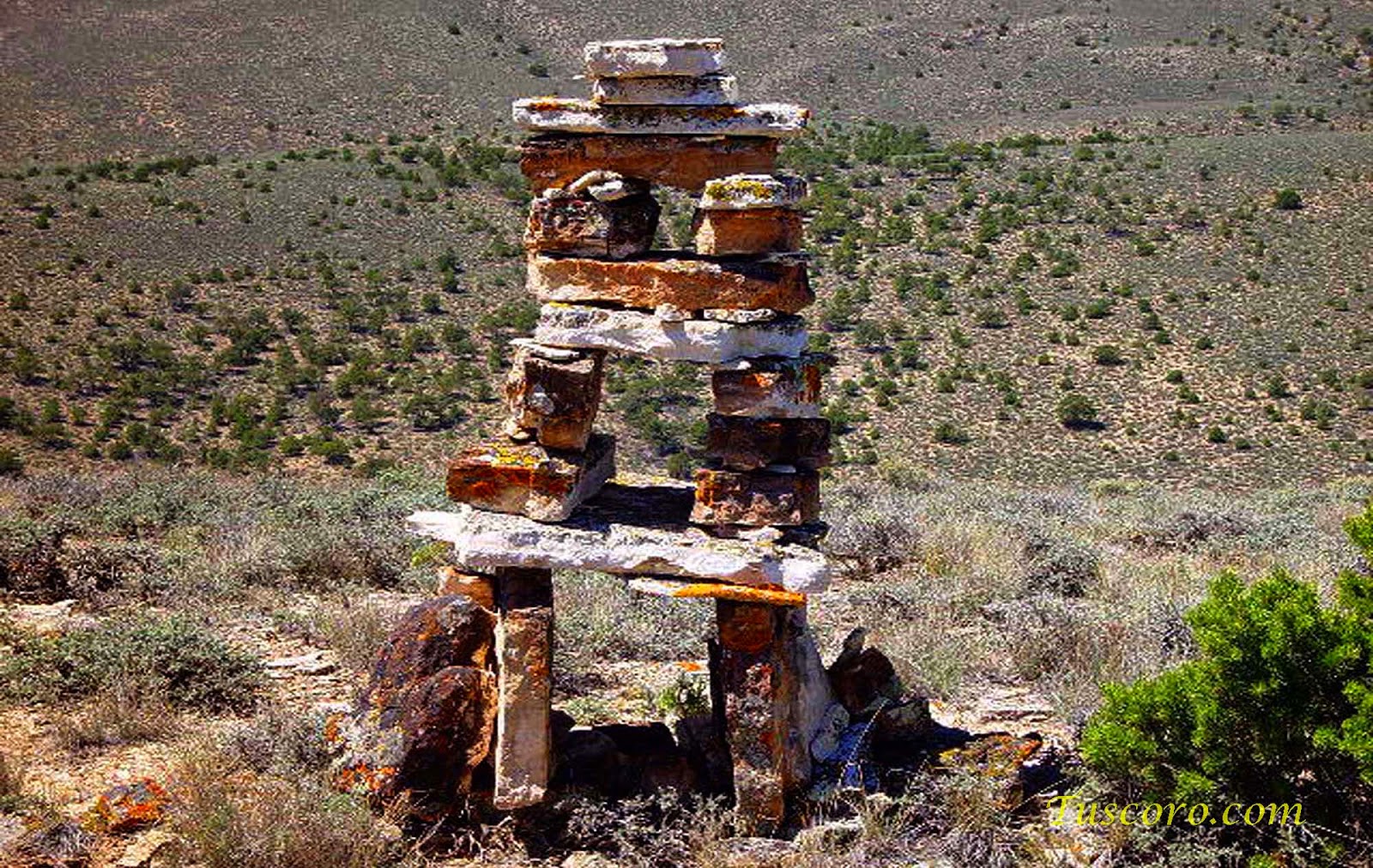 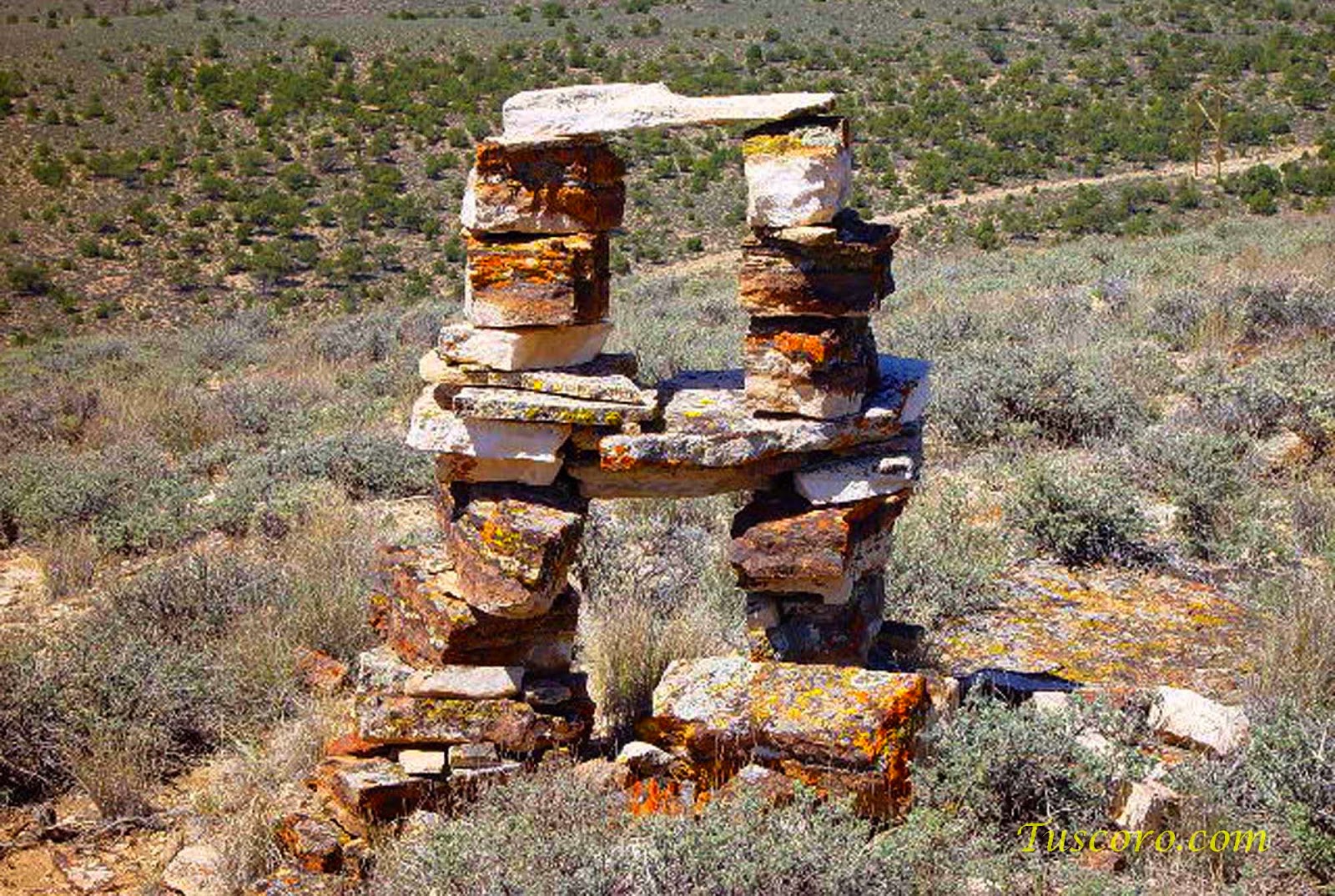 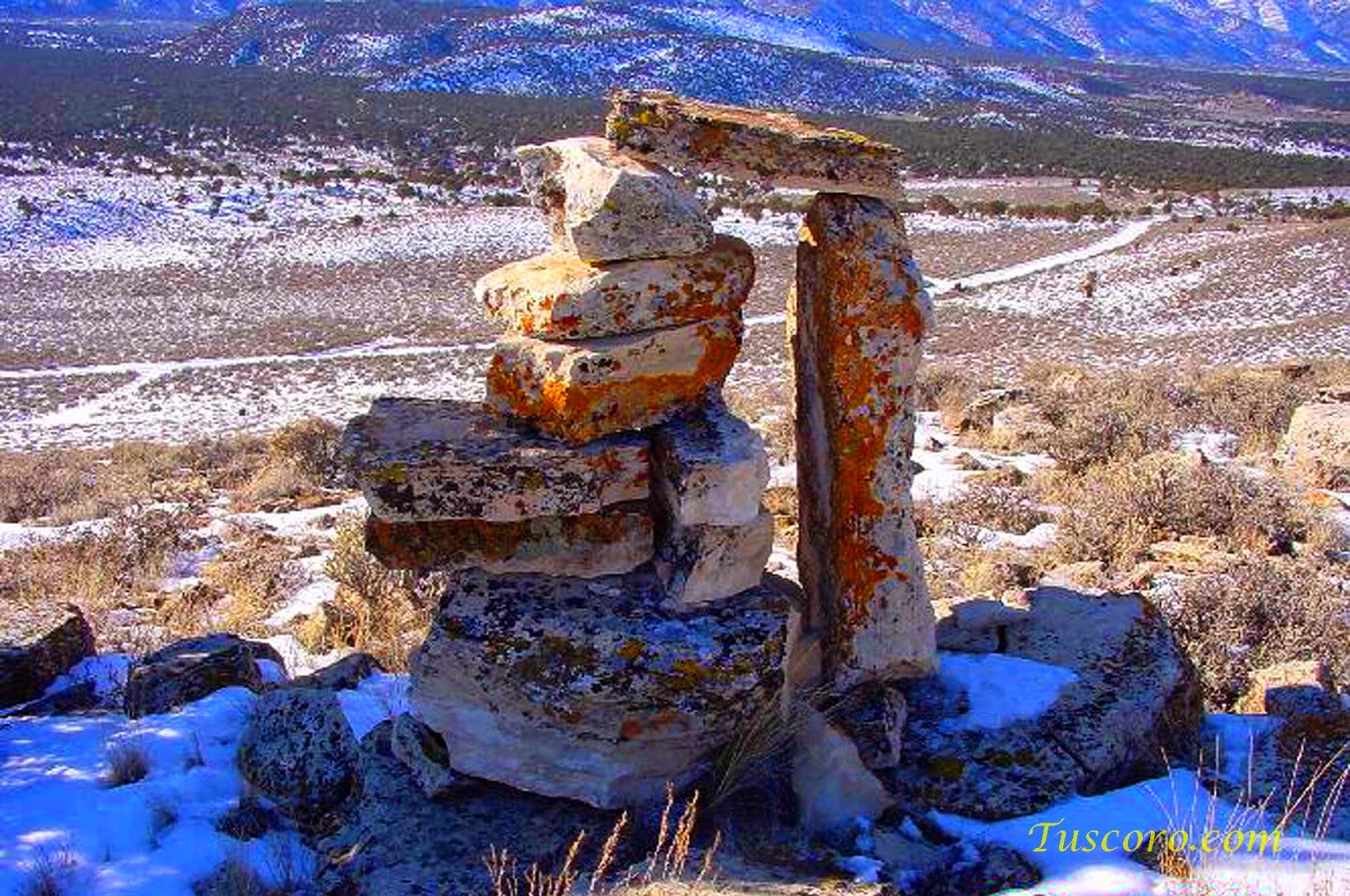 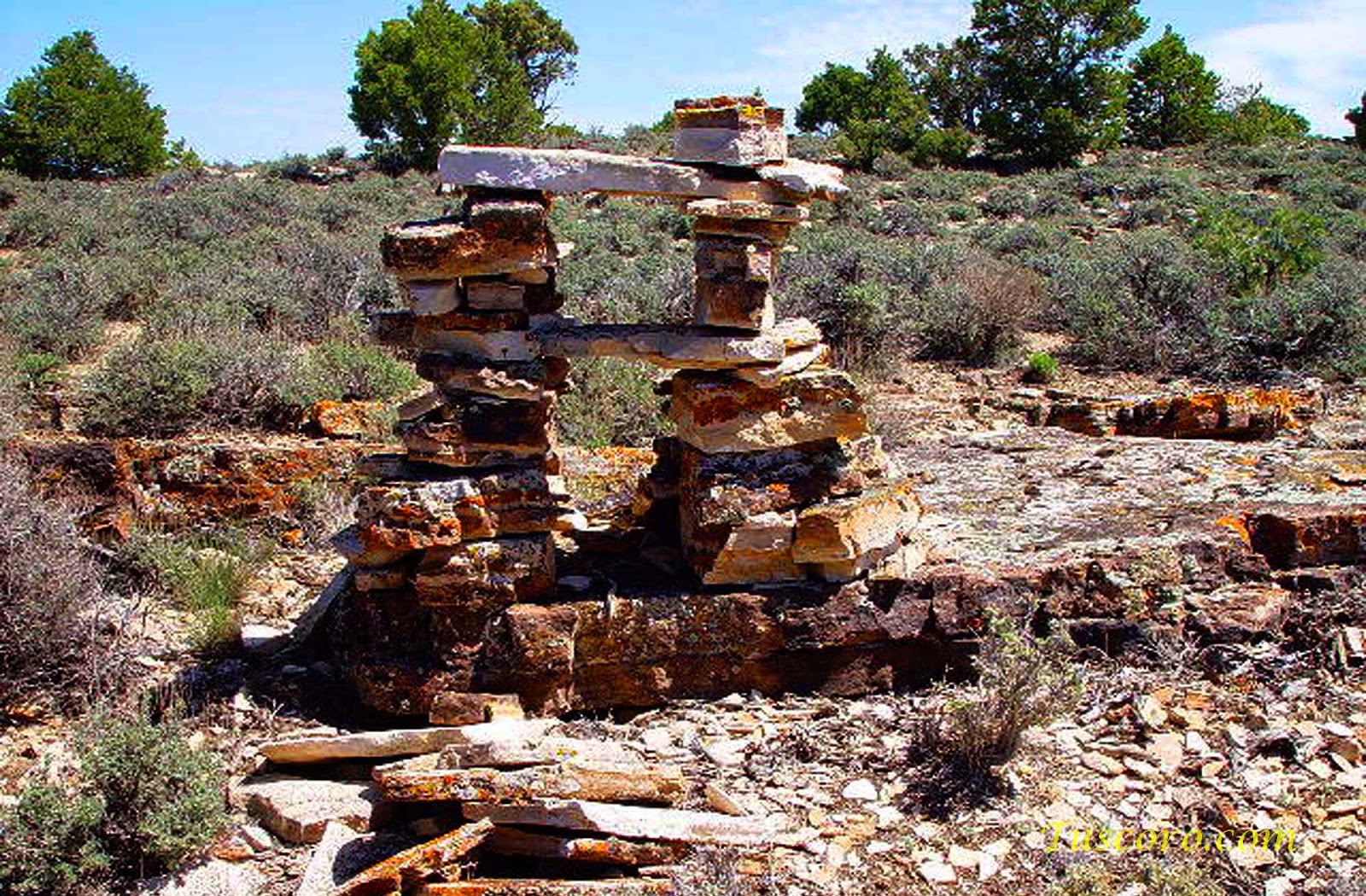 Photos by my "Sweet Amy"

Many Years ago I was taken by Steve Shaffer if memory serves me...  to a very unusual site, some of the strangest monuments I have seen...

Some believed they were built by the Spanish, Some say they are modern, and I have even heard some say they know who built them... I suppose anything is possible... But regardless, each would have to explain why someone built near 70 plus of these, in the same area at least 500 years ago. 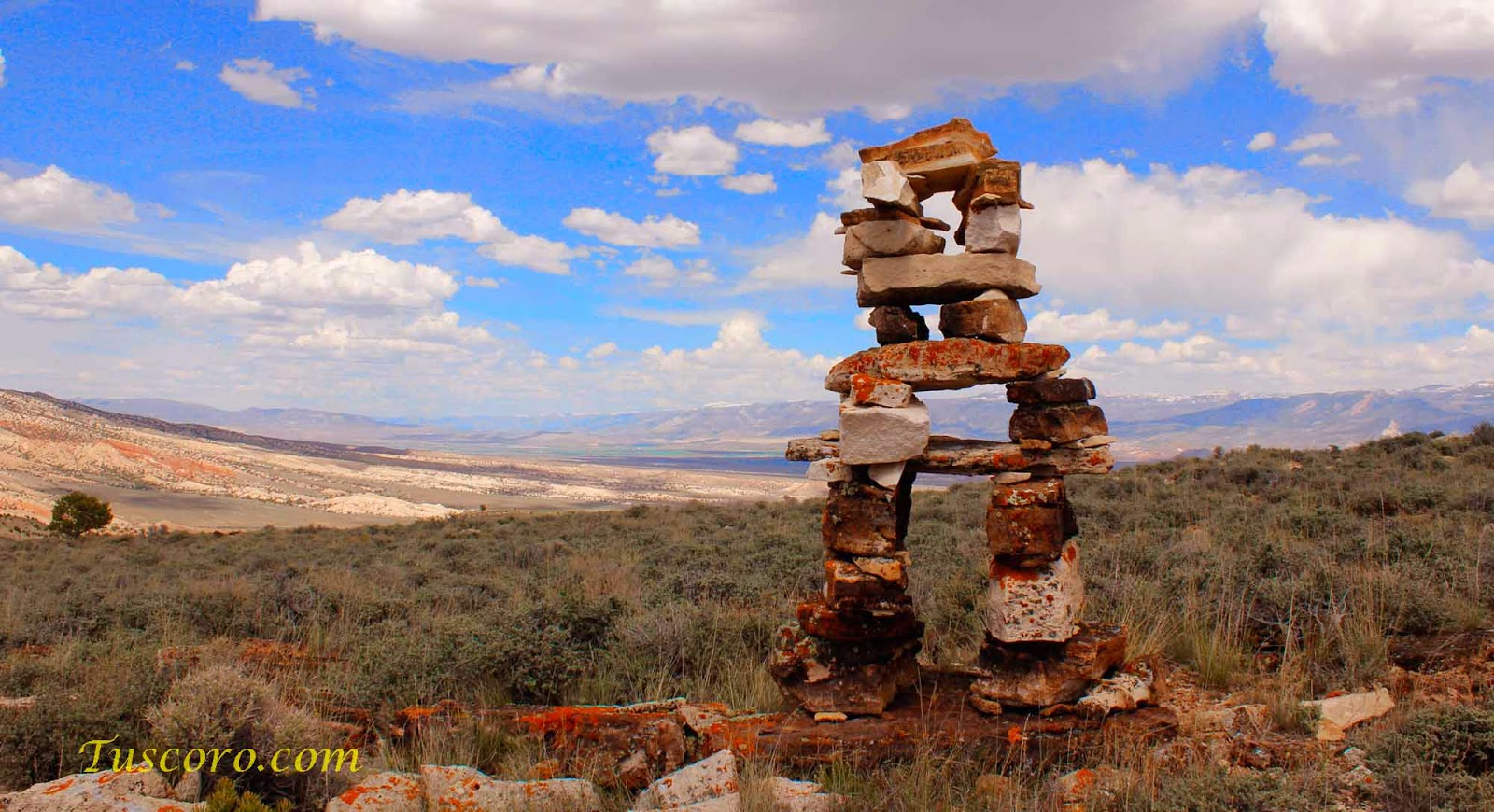 You see, Lichenmetry is a science used to date exposed rock surfaces. There are many types of Lichen, however two are most commonly used for this purpose. The green lichen which I forget the name is used for more recent events such has carvings on a rock surface. But the Orange (Crustose) Lichen is used for dating longer periods. An example would be... If a rock which has Crustose Lichen on it, and some one picks it up to be used in the building of a monument, and the rock is rotated at any angle more than 15 degrees, the Lichen will die. The dead lichen from the rock prior to being moved will still be present but appearing a gray color. 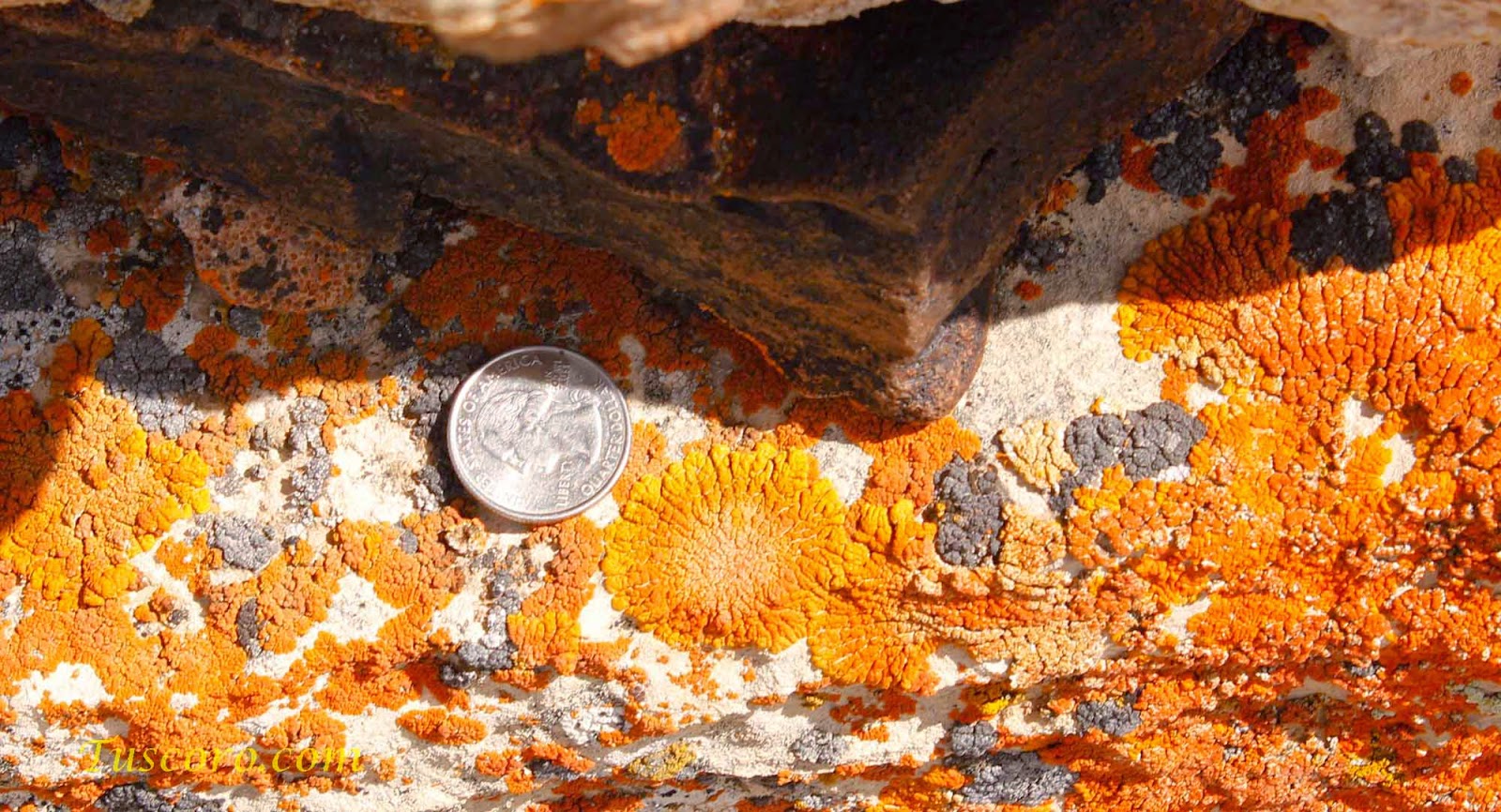 The Lichen Spore to the right of the quarter represents about 250 years
The large spore to the extreme right half of which is not in the photo is in excess of 500 years.

At the time the rock is moved, new Crustose Spores will begin to grow, it has been generalized by saying the spore will grow at the rate of, the (area) size of a dime equals 100 years. This is something a bored sheep herder or modern builder could not duplicate. We know due to other related studies that the soonest the Spanish ventured into these parts was about 1550 or just over 450 years ago.

So the problem the skeptics of history have, is explaining how it is, we have Lichen growth upon the rocks in these monuments in excess of 500 years. I have my thoughts as to who is responsible for their construction, but at this time I have no idea why. Keep in mind even those which appears as if the the wind were to blow, they would fall over, this is not the case, they are VERY sturdy. 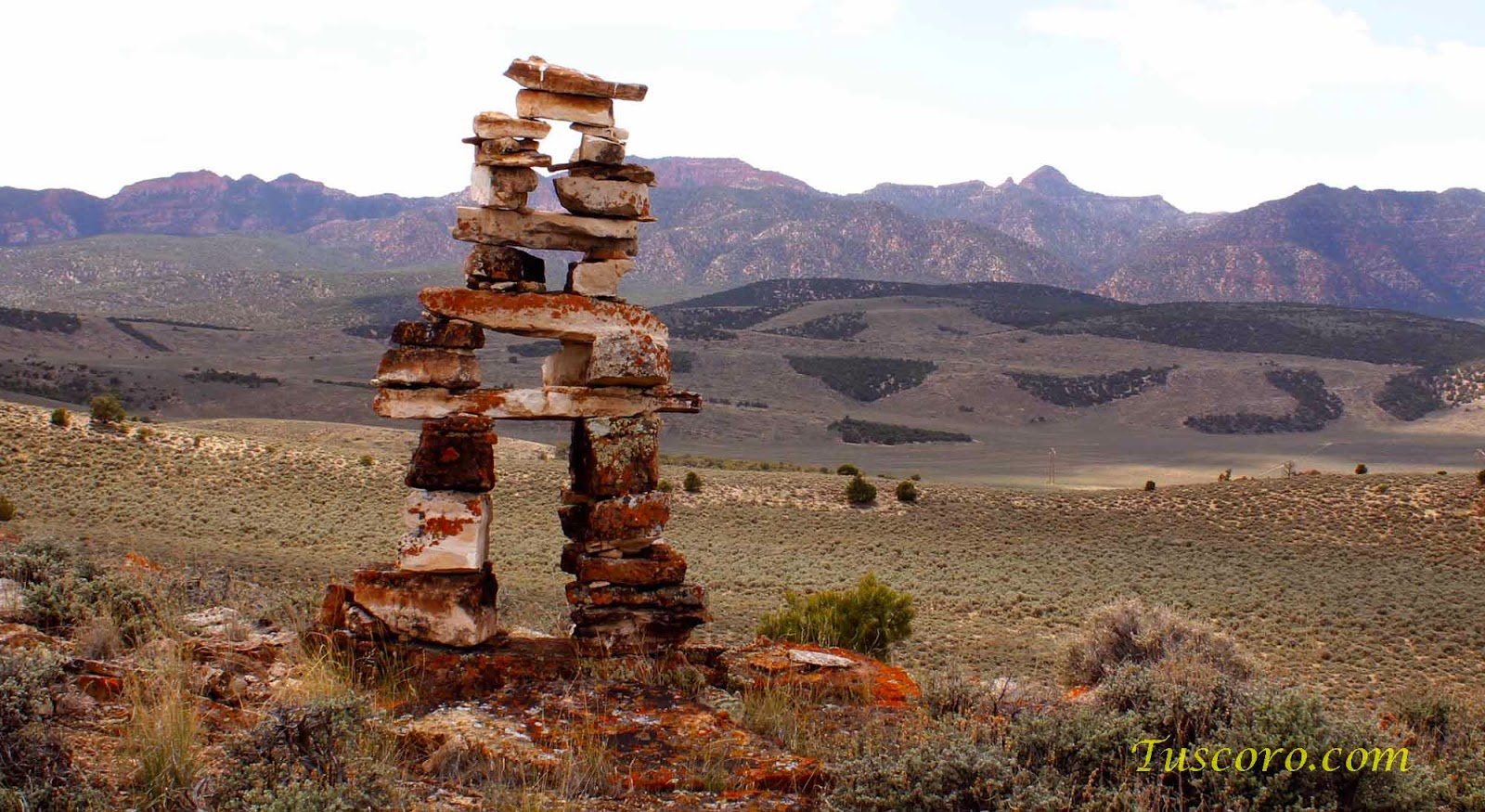 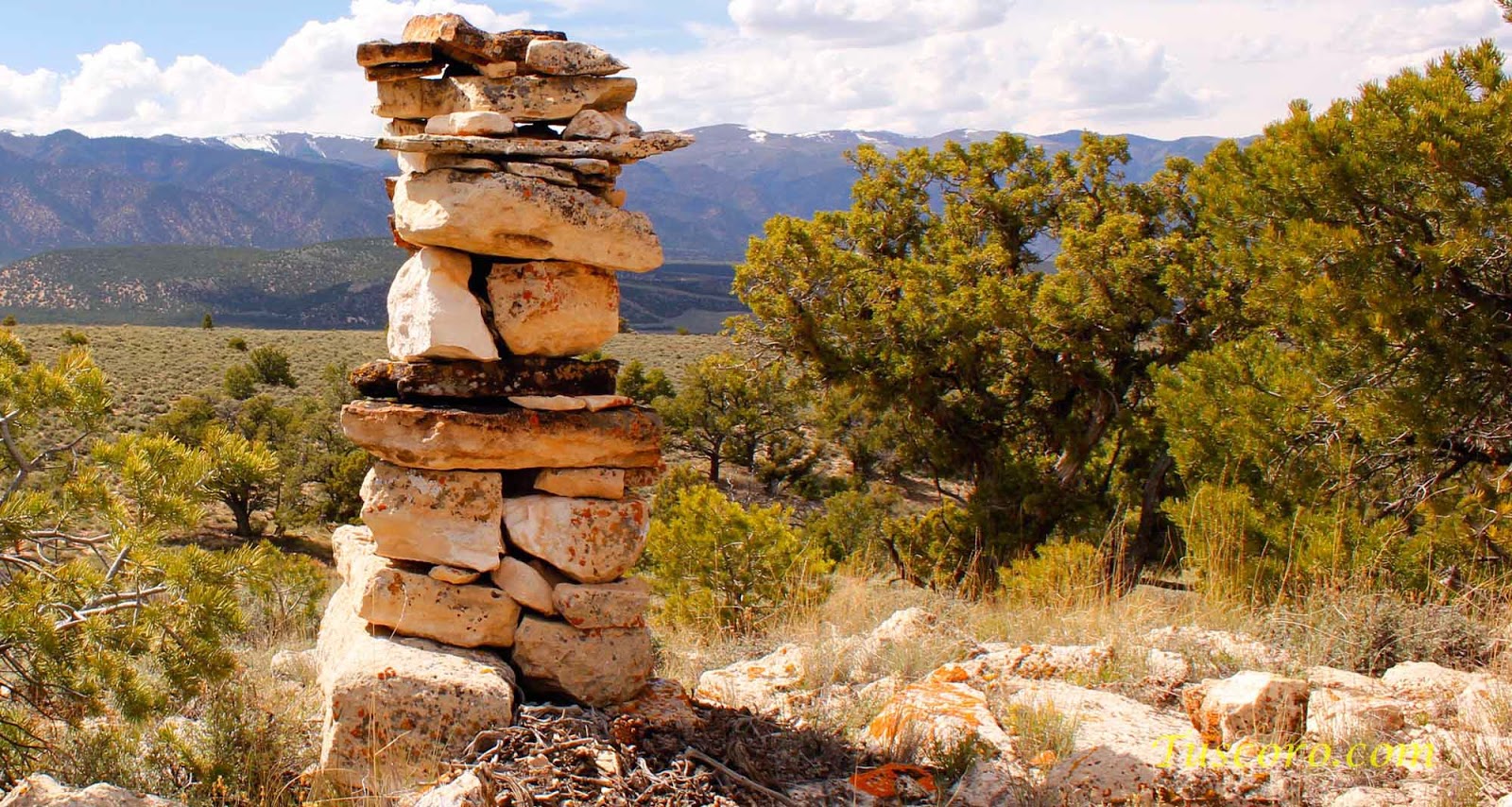 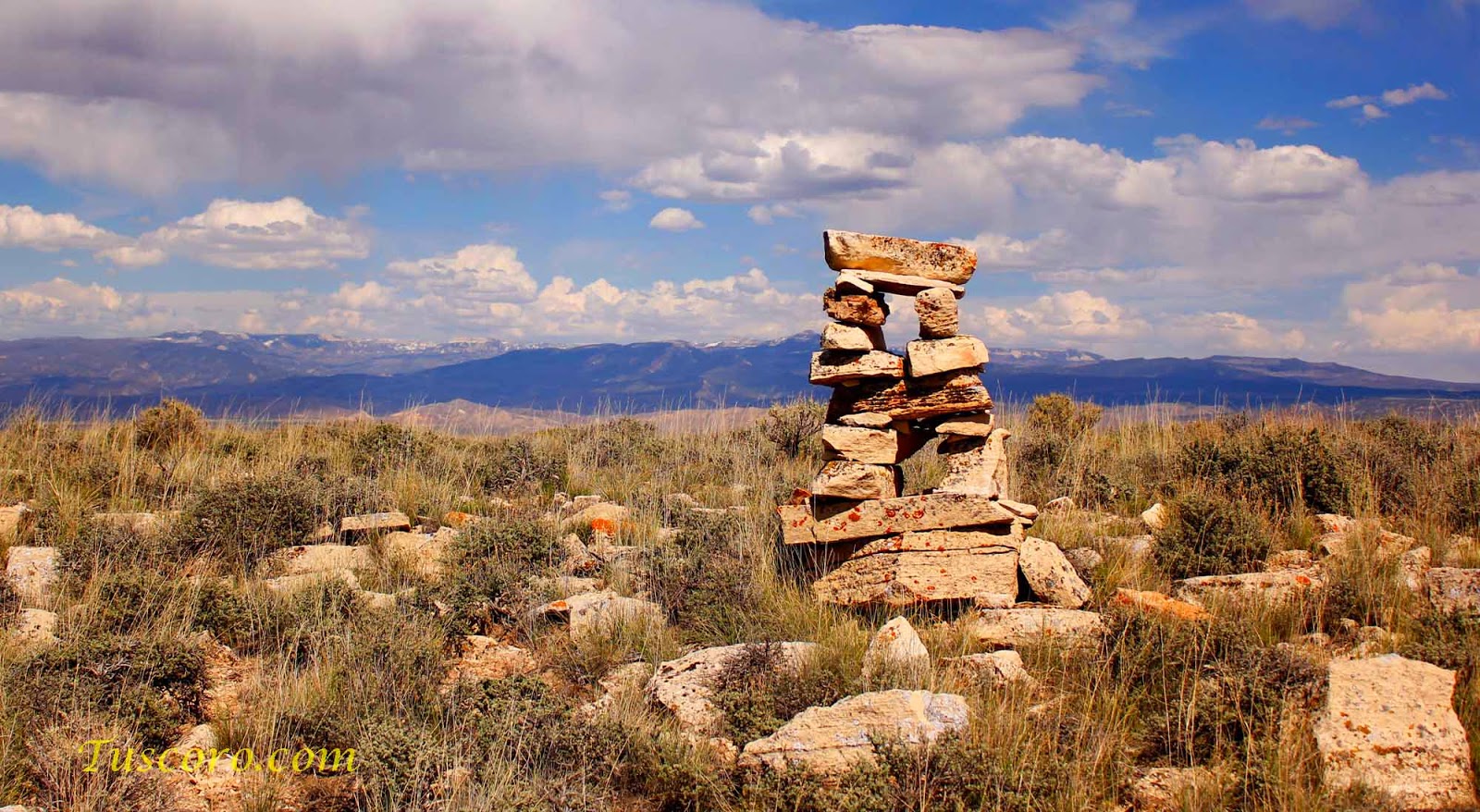 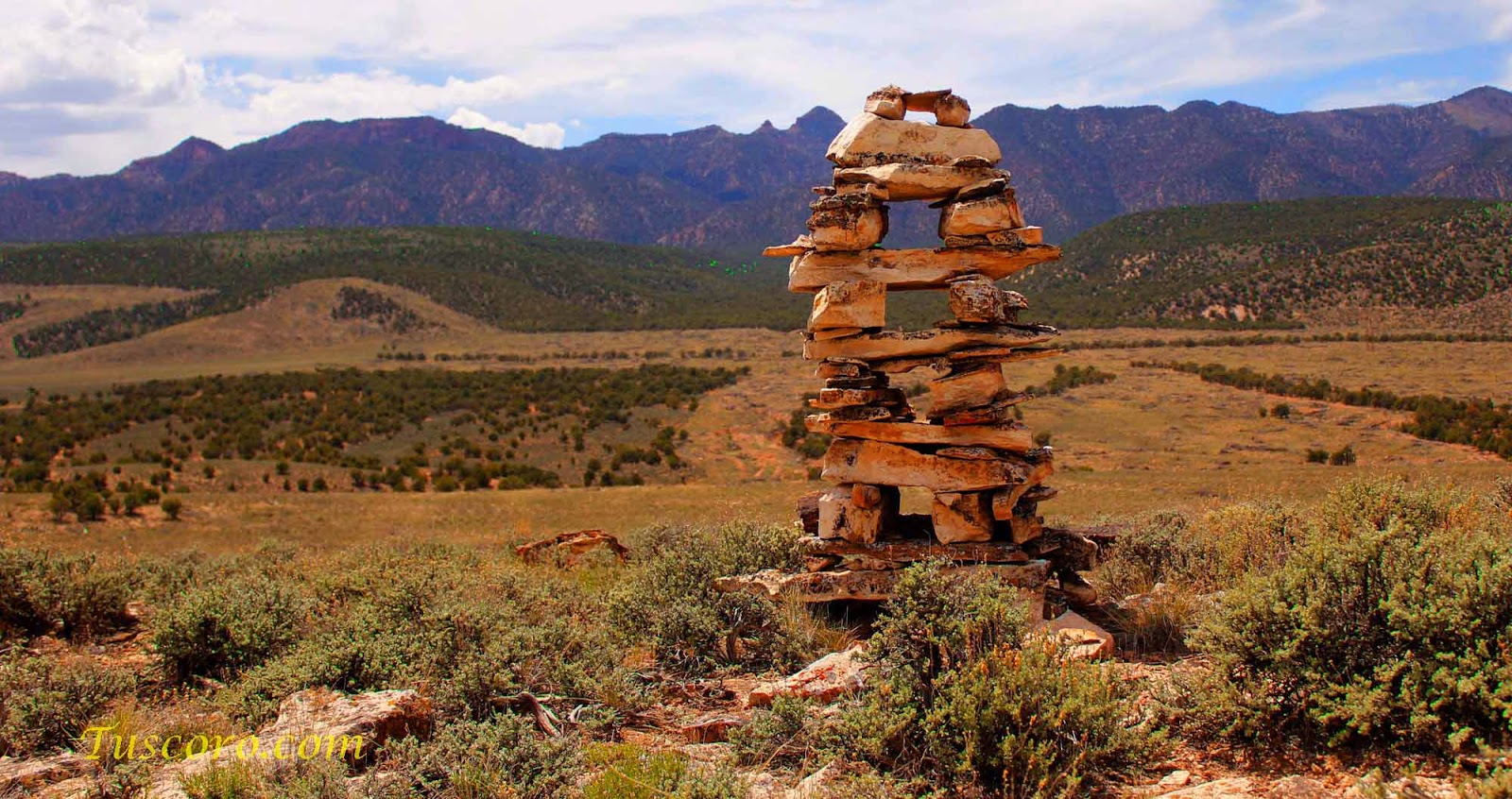 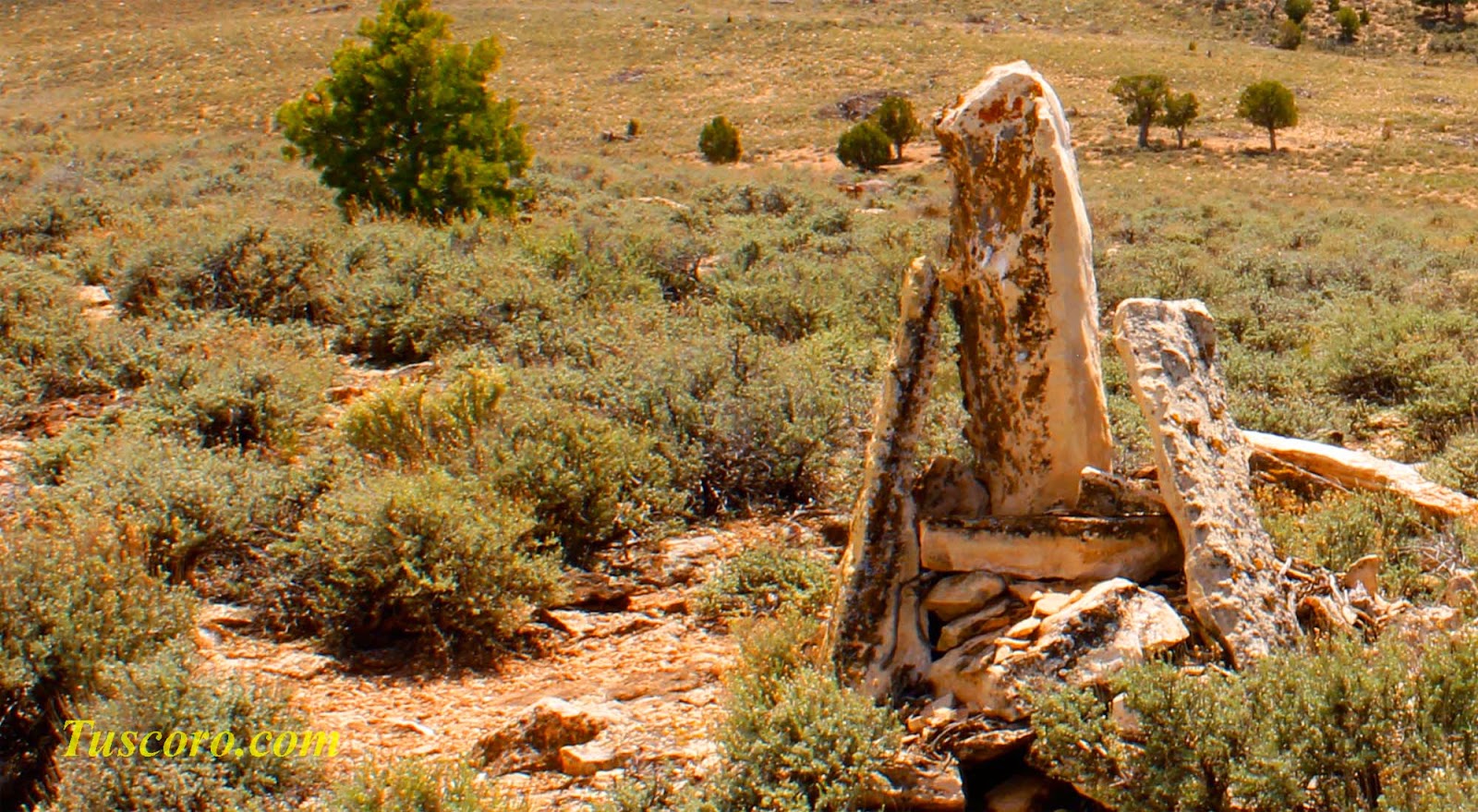 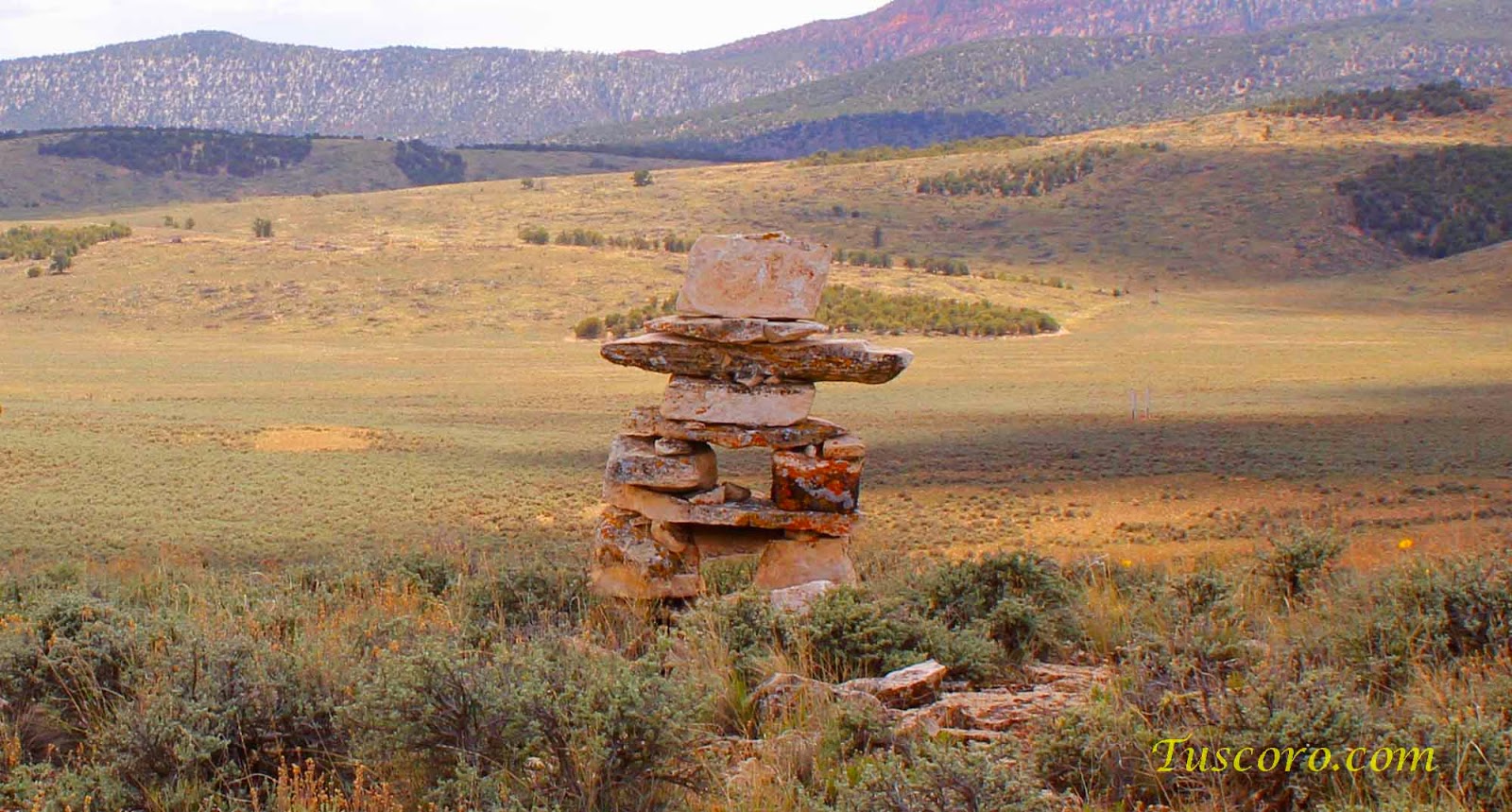 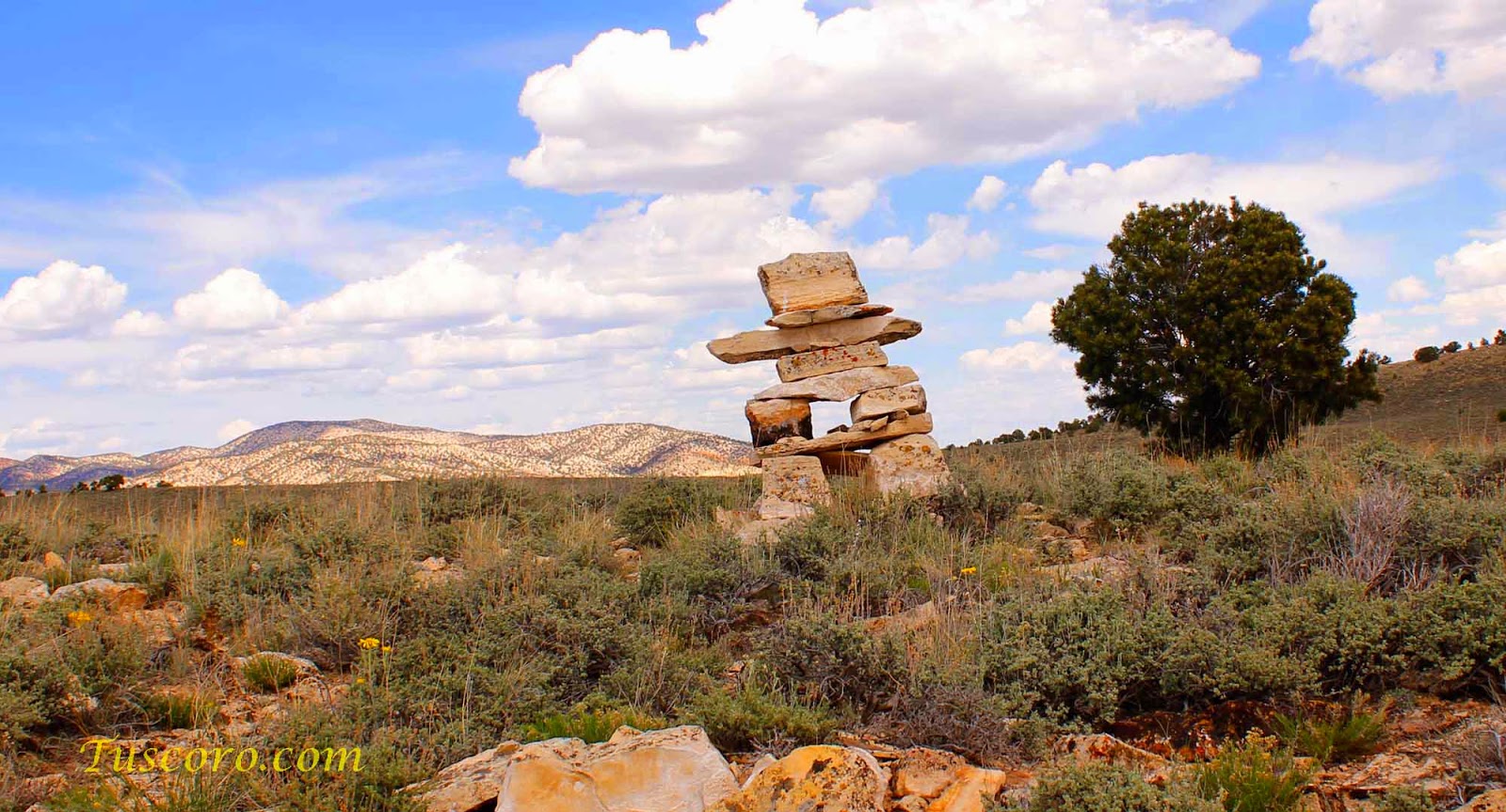 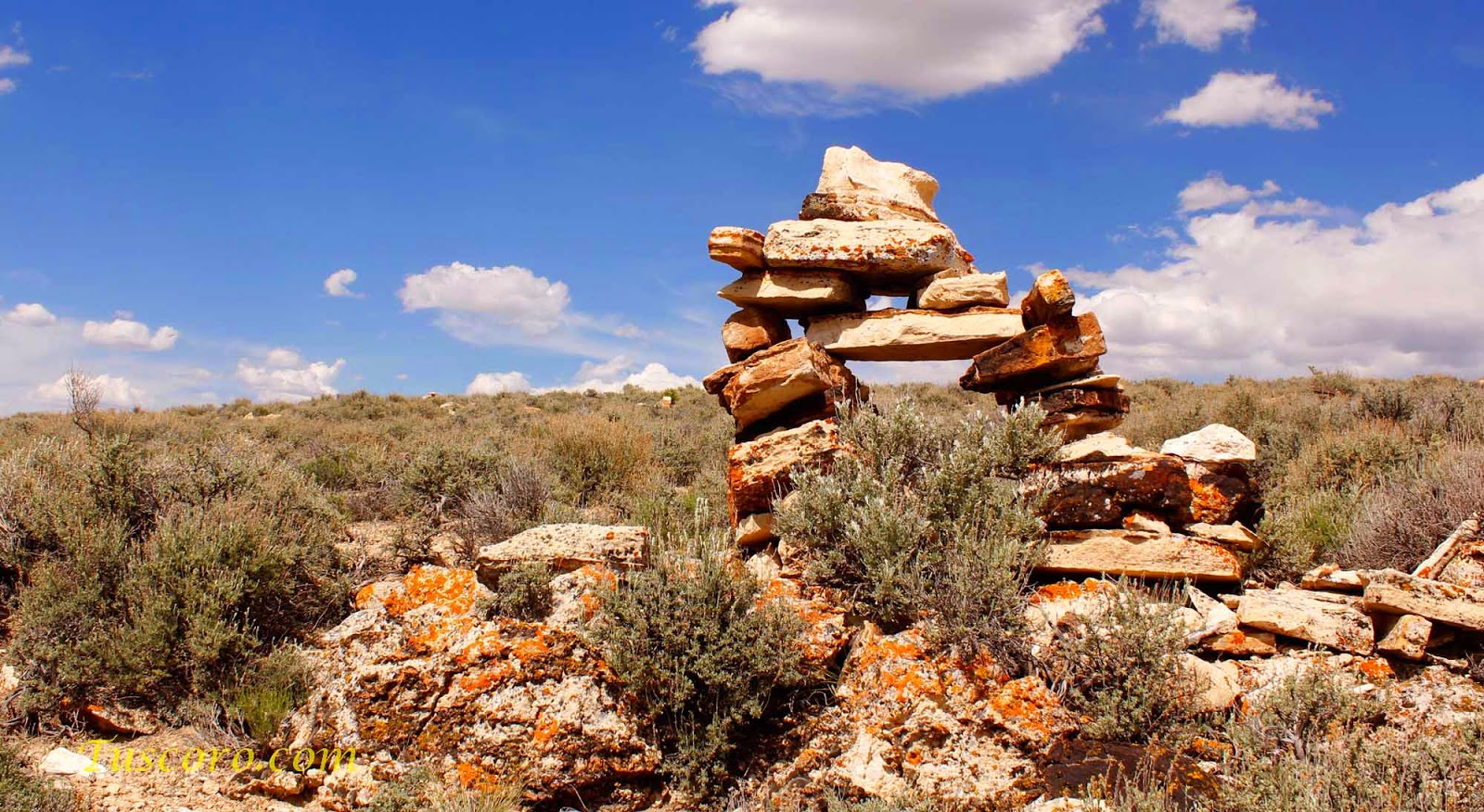 Posted by Tuscoro at 8:26 AM No comments: