Does any one have any information on this sword, I cannot say where it was found, I can only say it was found in Utah. The 3rd photo is 4 segments of the blade combined into one photo. The photos were taken by me 10 years ago in St. George, It seems I have lost the story of its discovery and those who discovered it. I can't even tell you if it is of antiquity or modern. 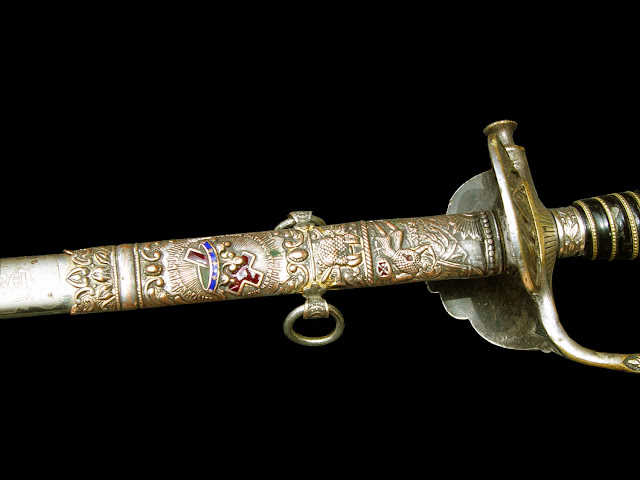 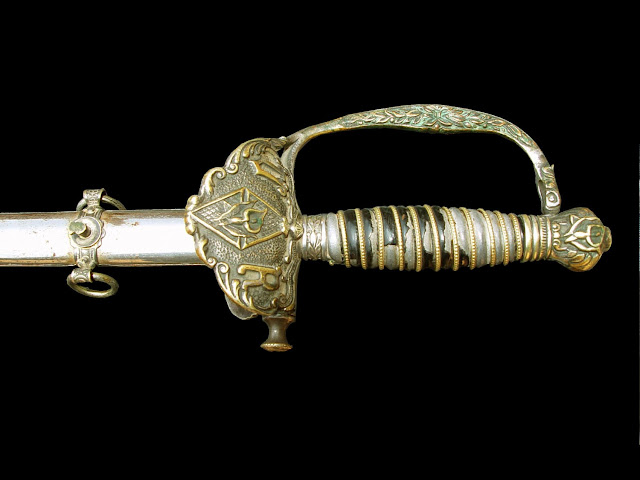 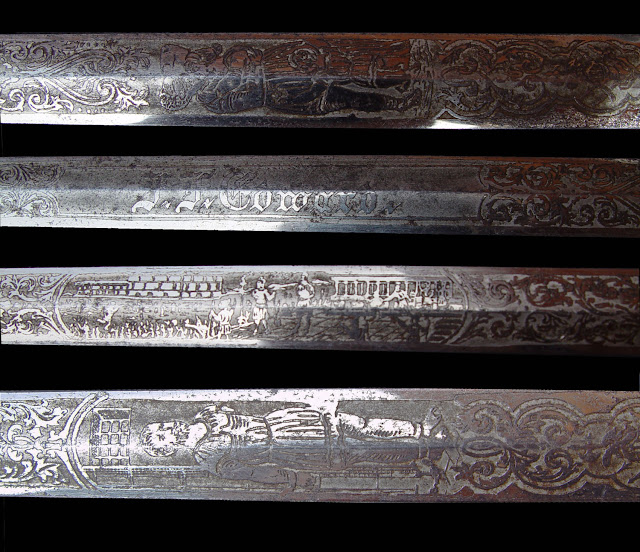 It has a quote from the 2nd book of Revelation in English upon the scabbard,

"Be thou faithful unto death, and I will give thee a crown of life"

Posted by Tuscoro at 6:19 AM No comments:

Ancient Mine dumps of the Uintas

Did you know, that the average Spanish mine dump In the Uintas that can be found, is about 4 to 6 foot depth representing and estimated 1000 cubic yards of rock? This represents a tunnel of approximately 4 foot by 6 foot and maybe 500 to 600 feet long? One such mine in the western parts of the Uintas by documentation was mined for near 30 years with an assumed crew of approximately 46 miners. 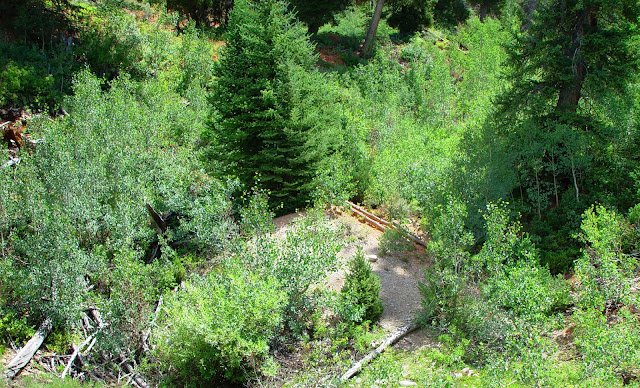 Did you know that there is a much larger unconfirmed mine dump in the Uintas near Moon lake and its corresponding location found on several Spanish maps, which is estimated at 30 feet deep and represents an estimated 24,000 cubic yards of rock? How many years was this mine in operation? 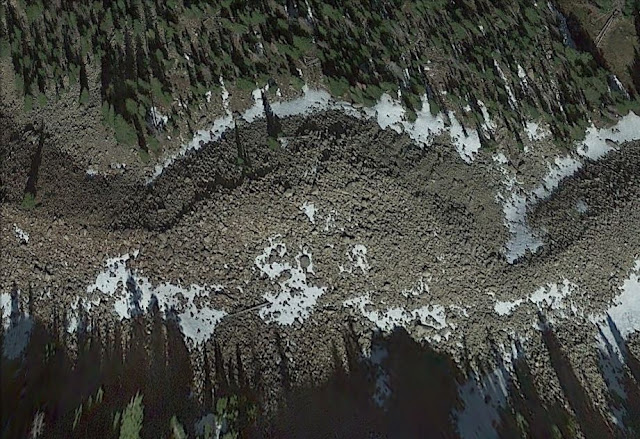 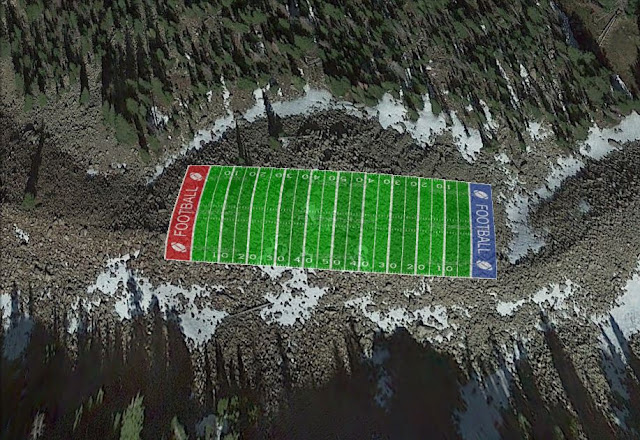 Did you know there is another unconfirmed dump that is even much larger? The location believed to be the Mina Del Rey near Granddaddy Lake due to its proximity and corresponding with again several Spanish Maps, and it is estimated as representing an approximate 146,000 cubic yards of rock?

Using the numbers documented and estimates given above with the first mine dump, the larger mine dump near with the same work force would likely have been mined for about 720 years, there is no telling how long ago the mine was established and how long it had been abandoned or not worked during its existance.

The larger Mina Del Rey as it is identified on the old maps as well and would have been mined using the same numbers, since long before the days of King Solomon at about 2300 BC? 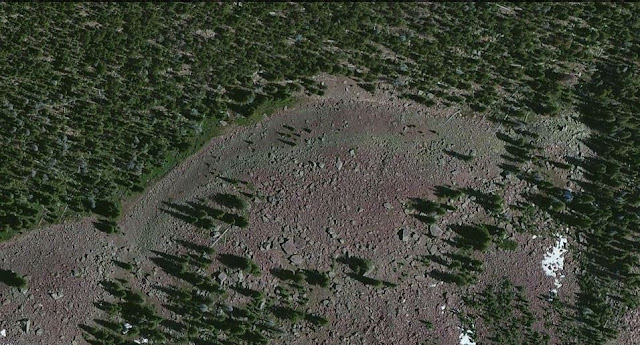 Although just estimates base on dimensions and presumptions, I would love to travel to the two larger presumed mine dumps for nothing more that to determine if in fact they are mine dumps, and let the historians try to figure out the rest. To determine whether or not they are bona fide mine dumps one needs to discover rocks in the dumps with bona fide chisel marks and or solid evidence of the workings of man, the exact tunnel location of the two presumed mines, have long been back filled 30 feet and of which are in the slide rock not to mention years of constant falling rock upon the presumed dump. 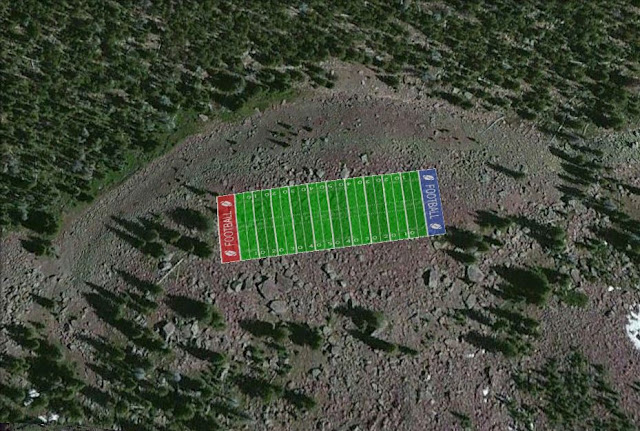 Finding the evidence will not be easy. I would be looking for a qualified team to make the trip to obtain samples. Prior to such trip I need to obtain more examples of now lost samples brought back from an old Spanish Mine on the Arizona Strip to educate those who may go as to what we need. Also will be needed an archaeologist to certify the authenticity of the chisel marks which may be about ½ inch in width and to have been at least one size used from two Hundred years ago, however other widths are likely.

Is there any one else out there who wants the truth of this as bad as me?
Posted by Tuscoro at 10:02 PM 3 comments: