Atoche Emeralds from Columbia... Or Utah?

On April 25th A treasure trove of Emeralds along with other treasure is set to go to auction in New York. These Emeralds were recovered from the 1622 ship wreck Nuestra Senora de Atoche in the 1980's. 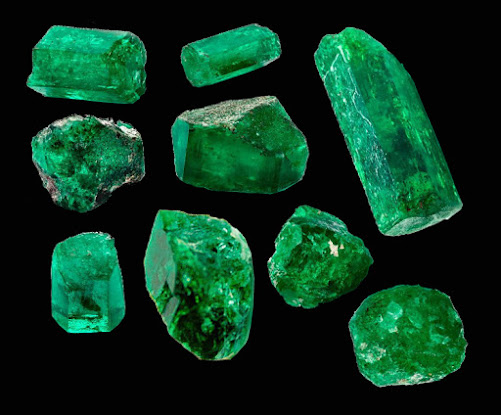 What if I told you they did not come from Columbia?
Emerals To Be Auctioned on 25th of April in New York VIDEO
WATCH VIDEO
One little secret never told however is that this shipwreck of 1622 was a little out of bounds from where it should have been when found, even with the hurricane winds it could not have ended up where it was... If the Academic version were true...
Also it was rumored until confirmed, that Mel Fisher believed... No... He knew that a large portion if not all of the cargo of the Atoche came from the Uinta Mountains. This was seemingly confirmed when Mel Fisher not long after the discovery came to Utah and spent much time in 3 unnamed areas of the Uintas of which I will keep to myself. His daughter later after his death spent much time looking in the same areas... Why?
One individual who was asked/hired to take Mel to certain places, when I asked him about this rumor, he interrupted me and said it ain't no rumor, Mel absolutely believed that because of a goat skin map that was found sealed in a cannon barrel with wax and other things found amongst the wreckage. " I saw it myself." Of the character of this individual and of whom I have known for about 16 years, if he told me the sky was pink with blue stripes, I don't know that I would bother looking to see if it were true...
I wonder what effect it would have on the sale of the Emeralds if those who own them, or even those considering buying them knew that the likelihood is, that these gems did NOT come from Columbia as everyone has always believed... what If I told you they more likely came from right here in our own Uinta Mountains? But where?.... Exactly? There is at least one confirmed tale of Emeralds being found in the Uintas... Is there another?
ADDENDUM:
Well since this article was written it seems that two more emeralds were found and one by a geologist while trying to confirm the other and somewhere in my research files is the written report.

The most interesting thing about this discovery is that in both incidents of discovery is in the same strata and geological formation and is located at the presumed back door of the most famous mine in the Uintas, The Mina Del Rey, or Mine of the King. The Mina del Rey is thought by some to date back to the expeditions Hyrum, the King of Tyre under the command of King Solomon and his journeys to a place called Ophir, but not much is written about it mainly because no one ever found it. King Solomon's mine is thought by a majority to be in South Africa, but then again anytime they can't find an answer they blame it on Africa, I'm surprised they haven't yet placed El Dorado and Shambhala in Africa. As far as I know it is only marked on two maps, the Antonio de Reinaldo map of 1851-53, but does not give the name of the mine, however on the other map Arolla le Sampora of 1876 which was drawn 29 years after the Mormons arrived in Salt Lake City, it is clearly marked as Mina Del Rey, could this be one and the same? The map was among four maps given to a friend by a Navajo Apache who said it came from his grandfathers of which were taken from the Spaniards they killed near the four corners area.
I certainly can't prove it yet, but I have found the location and the reason why it has gone undetected. The mine dump is so big I don't think you would know it if you were standing on it. The mine dump covers some 3.5 to 4 acres, keep in mind the size about 3 to 4 football fields, however this has not yet been proven to be a mine dump. 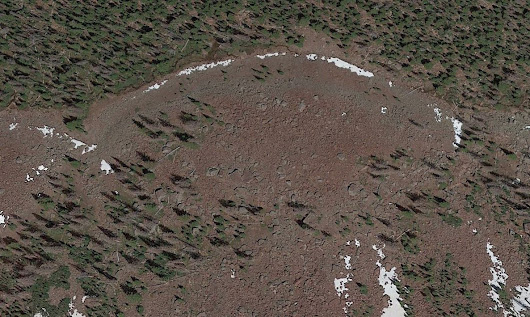 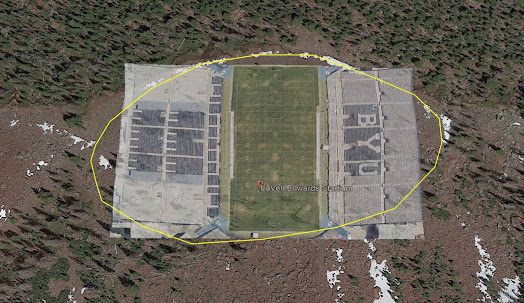 Overlaid with BYU football stadium
Rumor has it that the mine is very old, mined long before the Spaniards and it is said a tunnel goes all the way through the mountain over a mile away as a crow flies. This back door is right where the first two emeralds were found, and another 3 miles is where the second two were found. Is it possible that the Emeralds found on the Atoche may have come from the Uintas? I would say the possibilities and evidence make it compelling. 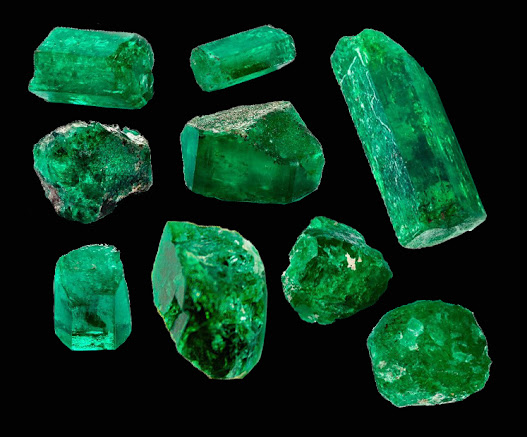 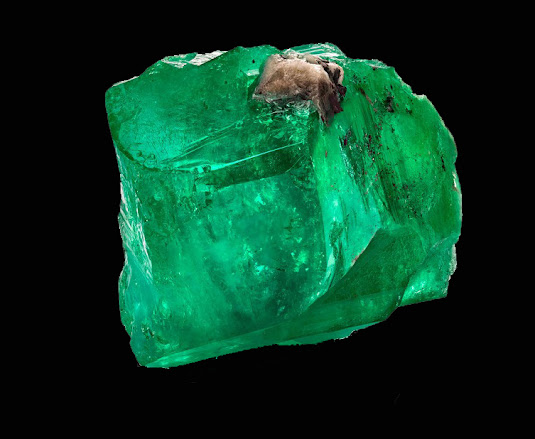 Emeralds from the Atoche
Imagine tunneling through on mile of a mountain in an area where emeralds were found, what might be the likelihood be of finding emeralds?
Posted by Tuscoro at 6:11 PM