The Family of Jesse Woodson James

My intent here is not to create confusion, strife or even conversation, the information I am to give in the following is true and correct to the best of my knowledge. I am not beyond error but believe none is present. If you choose to, prove me, or disprove me, my objective is to find truth, if you disagree with any portion please explain and provide what proof you may have. This was created for use of genealogist, historians and researchers with real intent, and pure motive to correct the linage and history of Jesse Woodson James and those touched by his life.

Finding a title for this article was not easy as most combinations have been used. This project began as a result of being asked to evaluate the contents of the book Jesse James was one of His Names, (The Black Book) The objective was to try to validate the many controversial statements made within, or disprove them, to date, I have not been able to disprove anything in the book although many things remain to be assessed, I have however validated many statements or claims made within. It has gone beyond a project, it has become an obsession, it pulls at me I just have to straighten out the mess created by would be researchers, historians and academics whom it seems never learned how to ask questions but instead they just follow the leader… It is my recommendation that the researcher take the book more serious than has been in the past by researchers and academics. And Incidentally, DNA is not the answer… in fact it has become part of the problem. 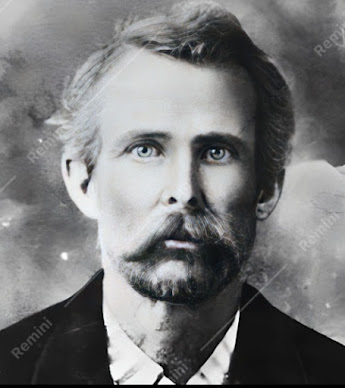 After 7 years of what I thought would be a simple task, I have come to see first hand and realize just how misinformed or should we just say screwed up the history of the real Jesse James is. I don’t think we can lay all the blame on the many history writers and those who pretend by flexing their egos through such avenues as WIKI who are mostly guilty of nothing more than believing everything they read… one after another regurgitating what can only be classified as pure bullshit based upon many authors of even more bullshit all based on the narrative of those who created again, the bullshit history of the Civil war, pardon the backwoods slang.

The intent herein is not to hash out the true history of the Civil war which I have already done in a very small way compared to what is still to tell. A majority of the so called researchers of history have succumbed to what can no longer be seen as research but simply filling their heads with regurgitated garbage of those looking to sell books.

In this article I will not be presenting the many reasons for the conclusions I will make, however I will say that my findings are based upon real research, actually taking the time to piece things together, bits a pieces of evidence gathered in this quest which started with only an objective to prove or disprove the “Black Book.” It has gone far past a project; it has become an obsession due to the frustrations I have suffered and my meticulous nature in finding the plausible truth based on the many types of evidence there is, Physical evidence, Testimonial, Demonstrative, Documentary, photographic and something that seems to be a dying principle, Common sense, and lets not forget coincident of which I do not believe in. Yet as I read what the many book authors, so called scholars, researchers and historians have wrote with no more effort than regurgitation, the more frustrating it becomes. In short, all histories tables are full of vomit.

My intent in this is to wake the many genealogist to the possible truths shake those historians that have what it takes to waken to the truth of the matter rather than the lazy way of just picking up a book based on other books based on more books based on the bullshit curriculum of the victors in war, designed to keep you ignorant.

A simple example of how easy it is if we just learn a simple principle, ASK! When reading the supposed history, question it, something as simple as pictures could open the eyes if the readers and researchers would just LOOK!

Researchers and historians, if you think these two woman are one and the same person, you need your head examined. And yet article after article web page after web page and books, can’t seem to decide which picture to use and often they are used side by side, do they think we are stupid? Doubtful, IT IS their own ignorance that blinds them. 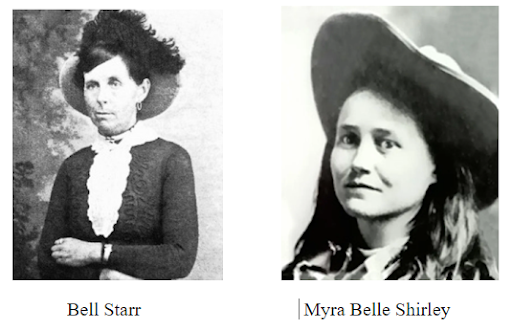 They look nothing alike! Do I need more evidence or is it plain to see? Surprisingly enough, many cannot see the blatant difference. Perhaps the reason for this mix up is that ’s Confederate spy name for a time, was Bell Star.

Let’s start with Jesse who is the most misunderstood character of the Civil War, but lets start with the right Jesse, there were three… yes three. 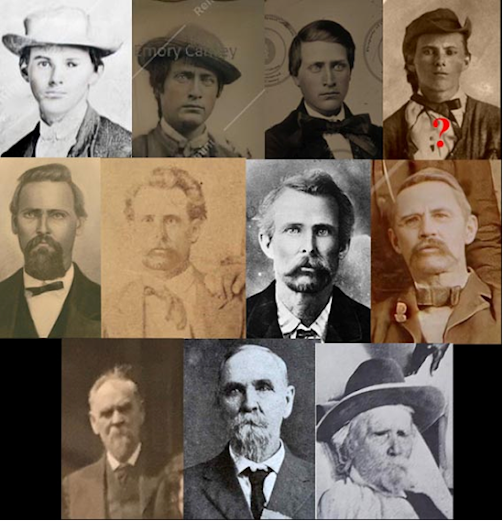 Sylvester Franklin James ( Born) BROTHER of Jesse W James and is usually the very “ Frank James.” in about half the stories. Frank is also the Son of Mollie and Captain George Strother James. Nephew of Zerelda Cole James and Rev. Robert James.

Alexander Franklin James ( Born) First Cousin to Jesse Woodson James and Sylvester Franklin James, THIS is the son of Zerelda Cole James and Rev. Robert James, and is usually the very “ Frank James.” in about half the OTHER stories. 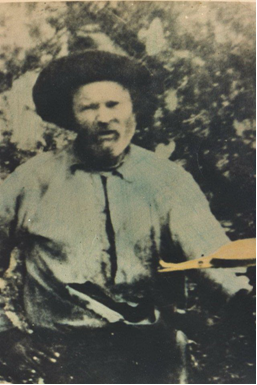 This is the only photo which I believe is him.

Cousin Jesse Ballard James who was hung by the damned Yankees at Dora Missouri. 1862. No known Photo.

George Strother James (Jesse Woodson and Sylvester Franklin James’s Father) Brother to Rev. Robert James. Uncle to Jesse Robert and Alexander Franklin James. Husband of Mollie . History is correct in that he was the first to fire a cannon at kicking off the Civil War, and he did not die in 1862, the center photo below was taken in 1920.

MayBelle Shirley, Daughter of Judge John Shirley and Elizabeth Hatfield. Jesse Woodson James’s one and only true love, married under the names of Missouri Ann and Harrison Trow (See Photo often attributed to Jim Reed and Mayra Belle) Despite the many encounters Jesse had with other women, Jesse and Myra Belle stayed together until Missouri Ann’s supposed death in 1928. They had at least 4 children together but their real names are unknown. Although it is possible that Myra Belle married Jesse under the alias names of Jim Reed and /or Bruce Younger, she was never married to either, I have seen no record of it.

Starr, Murderous woman outlaw, I do not know where she came from, not sure anyone does. This is NOT Myra Belle Shirley. 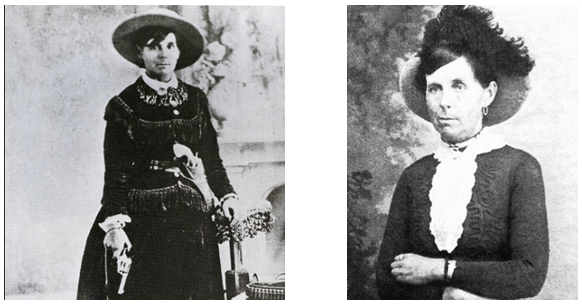 Zerelda Mimms Bigelow, Jesse’s cousin, married to Charlie Bigelow. Charlie is the man who was killed and passed off as Jesse Woodson James. Her mother was Mary Elizabeth James who was the daughter of Rev. John Martin James, the brother of Rev. Robert Salle James, Jesse’s uncle. 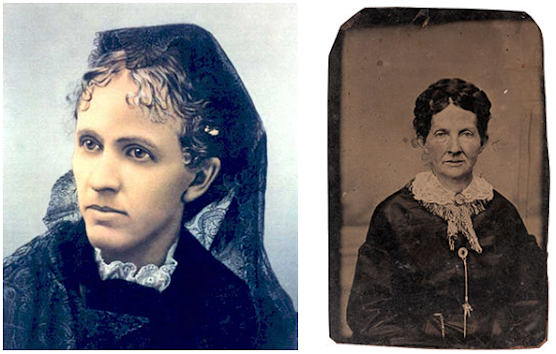 Jesse E. James and Mary James Barr (Which is not their real names) Thought to be Jesse W James’s offspring which is not true, they are the children of Zerelda Mims and Charlie Bigelow. 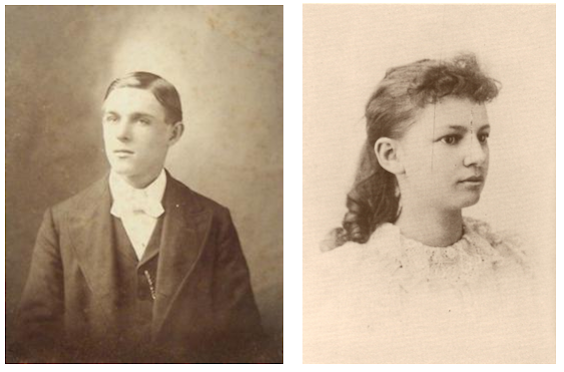 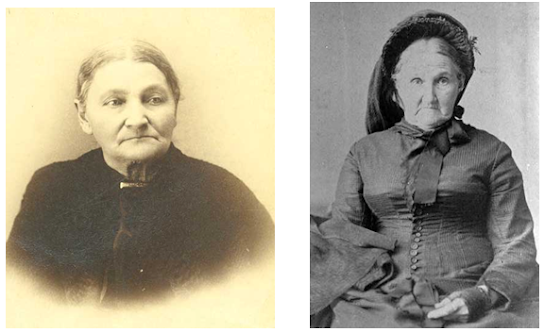 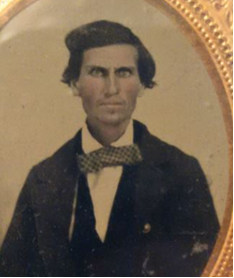 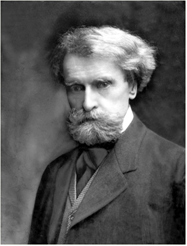 posing as Jesse posing as William A Clark

Morgan James Changed his name and owned a ranch in

Peter James Lived in (lived and Died under real name)

Levi James owned property in Moab Utah and in Idaho. (lived and Died under real name)

Rebecca James Younger, Married to Cole Younger. Rebecca Raised Jean Hickok in and who was the daughter of Calamity Jane and supposed Bill Hickok. 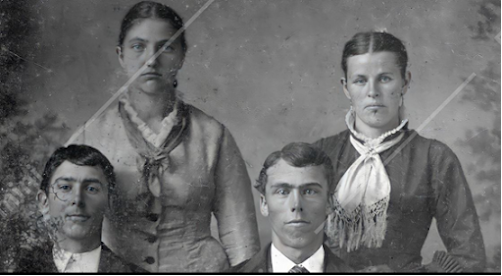 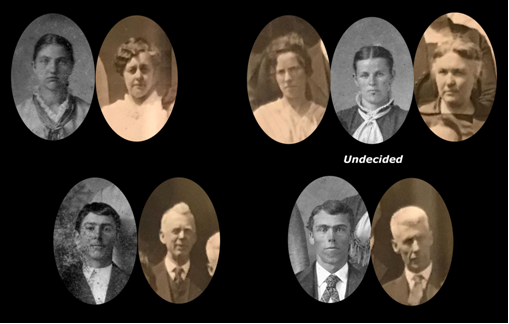 Top right and right photo, in 1920 she was going by the name of

Bottom left he was  going by

Bottom Right he was going by the name of 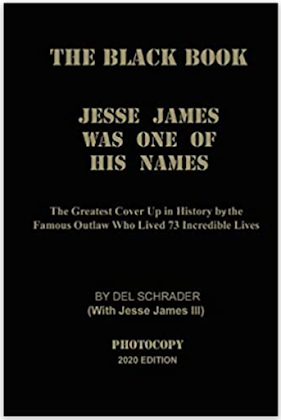 BUY ON AMAZON
Posted by Tuscoro at 7:53 PM