Imagine, you’re deep in the on horse back hunting Elk, making your way down a draw you are not even sure its the draw you think you are in. You make your way through a thicket of trees and brush and stumble upon the magnificent ancient ruins of some unknown culture. What do you do? You have no camera, no GPS, only your wits about where you are based on your study of the USGS maps prior to the hunt. 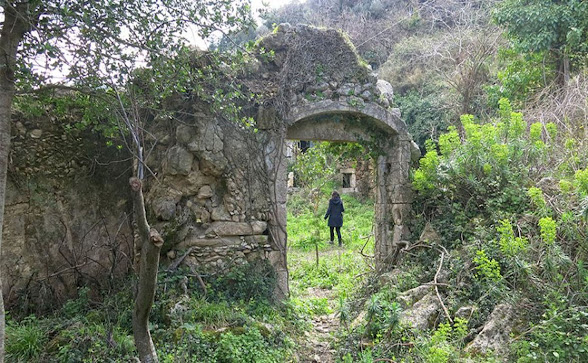 Regardless of what scenario you stumble upon possible ancient ruins, what do you do? How do you convince others of what you know to be true with barely any evidence?

What if through your studies investigating the formations or debris of a catastrophic event of the past, you come to the realization that the seeming natural formation before you, was created as a result of this event which is what caught your eye to begin with, and is in all likelihood because there is a city of the past under it…

How about wandering the vast lava fields in the deserts and stumbling upon a huge cross made out of rock? My first thoughts would be it is modern, but further investigation such as turning over of one of the main rocks shows heavy calcification on the bottom and the hole left upon removal being around 8 inches deep. Having seen and studied many monuments in the lava fields of and  not to mention BLM markers from 100 years ago, I could see plainly the antiquity of the placement of rocks. However showing this information to a friend and professional in the field stated, “These rocks have not moved for a very long time,” just as suspected, “How long would you think?” I asked, “hundreds of years” he said… 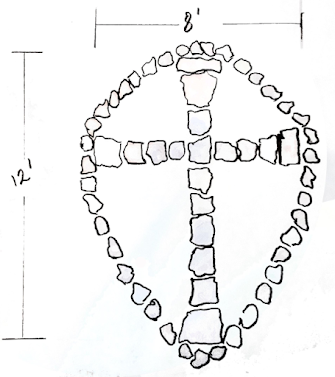 With the amount of calcite, the depth of the hole left when the rock is rolled over and the fact that it is in a very difficult place to find, it seems obvious it is ancient, you cannot see it by any conventional method of the past or any vantage point, you have to walk upon it to find it... it definitely was not meant to be easily found even if there was no over growing brush semi hiding it, but when found, it sends a profound message.

Photos not available for release yet….

The cross is 12 feet long and about 8 feet wide, the average size rock is about the size of 12 inch blocks, the smaller surrounding rocks from ¼ the size of the bigger rocks to ¾ the size of.

Have you ever came across something like this? If so I would like to hear about it.

Just trying to unravel the mystery of this oddly placed rock formation...