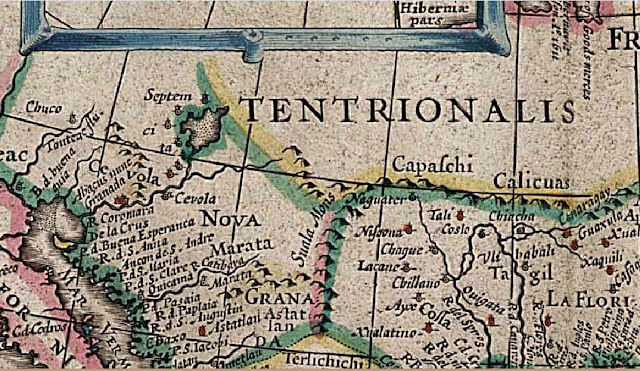 It was believed and still is by many that the origins of the legends or what they call “Myths” of the 7 Cities would seem to have its beginnings in the Aztec tales, however this may be true regarding the use of the word combination of 7 cities of “, Ceula or Cevola” Copala, Calicuas and the like, the majority of the early maps have a nice mix of old Latin Nahuatl and occasional Greek words. However the origins of the legends are much older, even older than the Aztec.

Often the academic world is quick to excuse that which does not fit the curriculum of Smithsonian or it simply cannot be explained by them as the mind, as a result of that indoctrination program, would seem to be trapped in a box, whether willingly, unknowingly or under the threat of duress or financial coercion. Some don't like to hear it, but as they say, if it quakes like a duck... as I have said before, Intelligence is not the ability to regurgitate indoctrination....

As said previously in part one, the earliest reference I have found mentioning Copala often associated with Cibola was in the record of Francisco de Ibarra 1554 However in the voyages of John Cabot in 1497 it is clear he had knowledge of the place and it was his intent to find it... Why? It is very clear by other earlier records that the seven cities was a key motivator of expeditions to the new world for many centuries prior, if not all the way back to the days of King Solomon where in his ships headed by Hirum, the Pheonician King of Tyre and he traveled to the place of Ophir, a 3 year journey which was made time and time again, and each time they returned with a boat load of gold and other valuables. It is these incidents of travel that I believe was a primary motivator for many expeditions to follow...

Now although no specific mention of 7 cities is made, there is an unusual occurrence found in the story of Solomon, no sooner than Hirum returns from the land of Ophir, the very next verse in the record of the Bible is of the Queen of Sheba, NOT Seba as some would like to think, it would likely be more accurate to call her the Queen of Shemba or (Shem-Bahla) of the Hindu language, or its English meaning, the Children of Shem. Why would a people refer to themselves as the Children of Shem, unless of course they were at the time living among one of the other two sons of Noah’s descendants such as the Children of Japeth?.. and ON the American continent yet. Can we argue with the known DNA results of the many western tribes, North West, Central and South? The Queen was NOT of Ethiopian origin as some slothful scholars have... surmised. She was of India Origin, and the earliest of the Hindu religion... but not from India. I don't think it coincident the first verse after the return trip of Hiram is mentioned the incident of the Queen of Sheba. 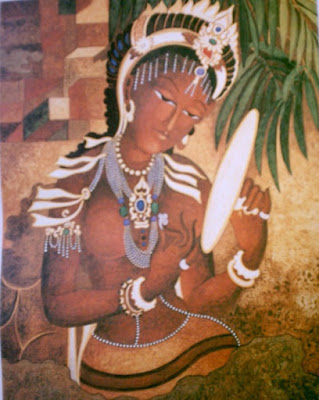 Maya, Queen of
the Mother of Gautama Buddha
Mayan Queen of Shem Bala?
(Painting From the Caves of ) 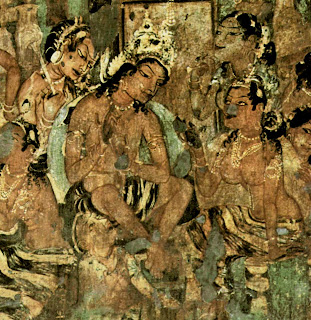 Vajrapani
Son of Buddha,
Son of King Solomon?
(Painting From the Caves of )


There are many words in the , that bear similar to near exact words found in the Hindu/Tibetan religion and also of origins found in Latin or Greek. I often wonder what the world would say, if they discovered the word Aztecas, the Greek word Asketecos and the English word ascetics are all of the same origin and the words Guatemala and Guatema Buddha’ sharing a same root.

Now Buddha of the Tibetain and Hindu belief is said to have been born in this so called mythical place of Shambahla a place of 7 cities arranged in the form of a Lotus, the place of the Kaliki Kings, Kali or () the Hindu Goddess and may I reach a bit further in the origins of the term Cali-fornia, the Forest of Kali If the implication made herein has any merit, this would be the earliest reference I am aware of regarding a distant place with 7 cities referenced estimated at about 900 to 600 BC. Are there evidences here in the west that might give credence to this implication? Oh, more than you would believe…

The Chinese also have their so called “Myths” regarding a place in the new world of 7 cities, no surprise there but I would anticipate this being one with "Mythical" Shambhala.

We have all heard the legends of the famous Atlantis first appearing in the writings of Plato, Atlan-tis, suffix -tis, -otis (-της, -ώτης): meaning "of" a place the Greek person's ancestors are from, or From Atlan, [Aztlan, Avlon]. His student Aristotle suggest this place of which Plato spoke as being one and the same with Antillia. Antillia is considered as is all things the academic world can’t figure out as a phantom island, it was also known as an  of Seven Cities. Antillia has long since been disregarded as a fable, or even excused as the  that are the source. Plato and Aristotle wrote of this some time in the 3rd century BC having its origins from an old Iberian legend.

Now we have the legends of King Aurthur and his legendary   (/ˈævəˌlɒn/; Welsh: probably from afal, meaning "apple") [of which I would disagree, simply because the word Avalon is not of Welsh origin, but is their pronunciation of Aztlan] is a legendary island featured in the Arthurian legend. It first appears in Geoffrey of Monmouth's 1136AD pseudohistorical account Historia Regum Britanniae ("The History of the Kings of ") as the place where King Arthur's sword Excalibur was forged and later where Arthur was taken to recover from his wounds after the  of Camlann. King Arthur is said to have lived in the late 5th and early 6th centuries AD.

Although I do not recall a reference to 7 cities in the Arthurian legend, I can not help but notice the linguistic similarities suggesting a mispronunciation by different cultures of what would likely be the most original form of the word, Aztlan, Atlan-tis, Avlon each A with the pronunciation begining sound of Awe. I would venture to say they all have the same origins. Interestingly enough the Aztec Codex rendition of their ancient home of Aztlan, 7 caves or cities, resembles very much the description given with respect to the Tibetan or Hindu Shambahla where in it is said, “there were 7 cities in the form of a Lotus, the ancient masters had discovered 7 precepts so powerful men would embrace them without question” 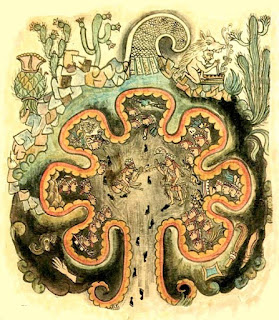 One cannot help but think the 7 precepts and of the 7 Bishops who fled the Iberian peninsula in the Muslim conquest of 714 AD and found inscribed in the 1507/08 map of Johannes Ruysch, which reads (in English):

This island Antilia was once found by the Portuguese, but now when it is searched, cannot be found. People found here speak the Hispanic language, and are believed to have fled here in face of a barbarian invasion of Hispania, in the time of King Roderic, [About 700 AD] the last to govern Hispania in the era of the Goths. There is 1 archbishop here and 6 other bishops, each of whom has his own city; and so it is called the island of seven cities. The people live here in the most Christian manner, replete with all the riches of this century… KEEPING in mind... Aristotle wrote about Antillia in 300 BC. Many of us are familiar with the story of Prince Madoc having came to the Americas long before Columbus in the late 12th century, it would seem his story goes much deeper than any have written so far. Madoc came at the tail end of almost 1200 years of previous expeditions of his grandfathers. 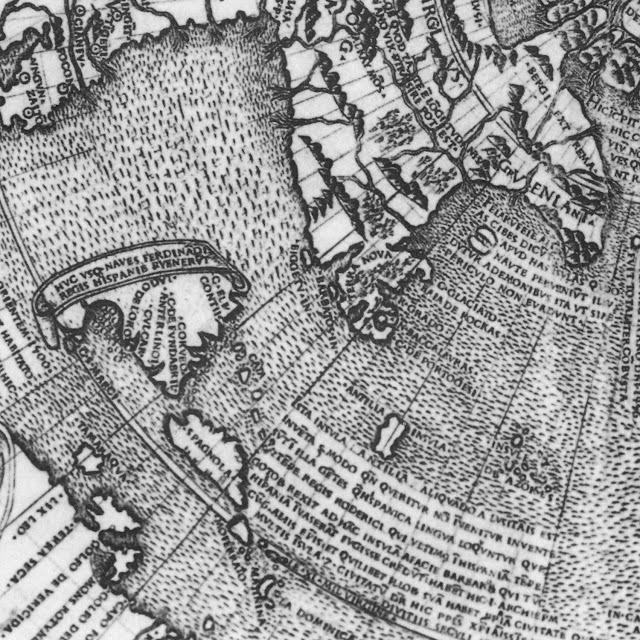 The first occupation of the Holy Roman empire, (Referred to as Pueblos) in this area was 100 BC and to about 400 AD when they were overthrown, they returned again 300 years later in about 700 AD and brought the Toltec under submission, only to loose power again in about 1000 AD, this is one of the best kept secrets of the Royal families but one has to wonder why? Moteczuma whom Cortes conquered was a direct descendant of the Royal families of the British Isles which is a large part as to why King Charles I wanted Cortes's head for waging war on Mexico after all, he was killing the kings relatives, after 6 years of pleading his greedy case, Cortes was pardoned. The ruins of these early men from the British Isles in some places can still be found to this day. The principle city of Tontonteac (Casa Grande of Nevada, 5 miles of which is now under Lake Mead) Marata (Casa Grande) Chuco (Recent possible discovery near Washington Utah). Abacus Nuc Granada, (the capitol city of the area), and is believed to have been found but remains confidential at this time until it can be proven.

The Ruin in the following images are believed to be of the people mentioned in the previous paragraph. According to two experts in the field, neither will say WHAT it is, but they were willing to say it is not of Indian origin, nor Spanish. The Key factors at the site is the round structures at the two corners, the size of the overall structure and average height of the walls at about 7 feet tall and up to 8 feet. 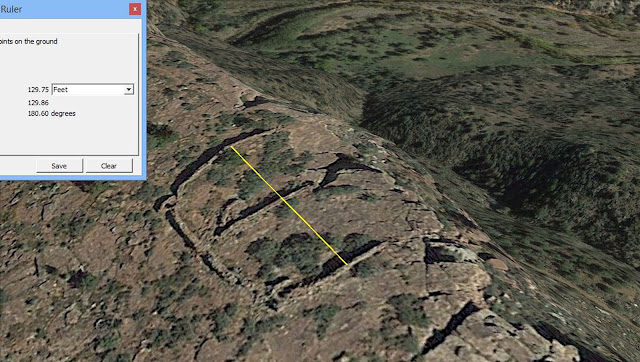 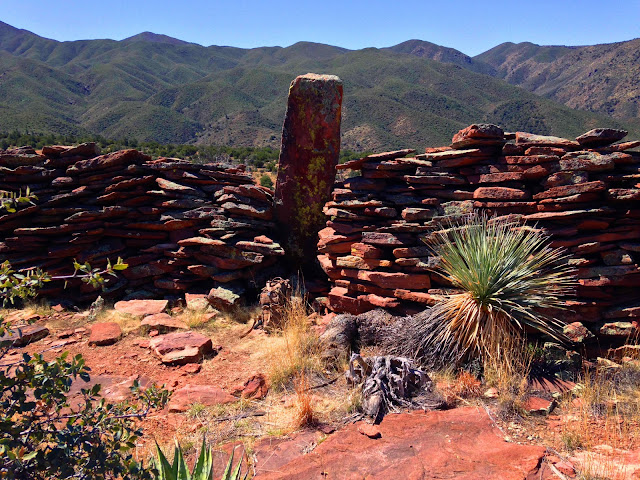 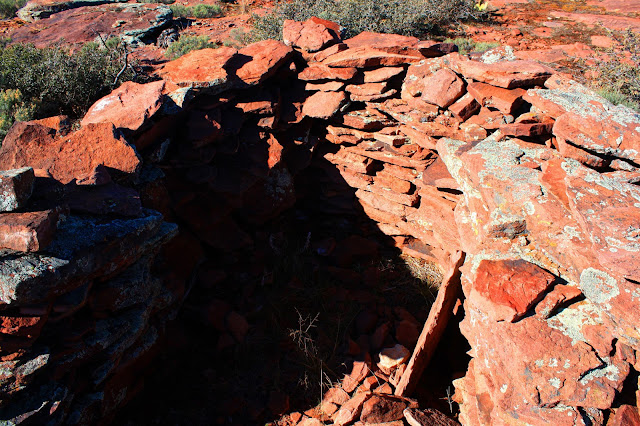 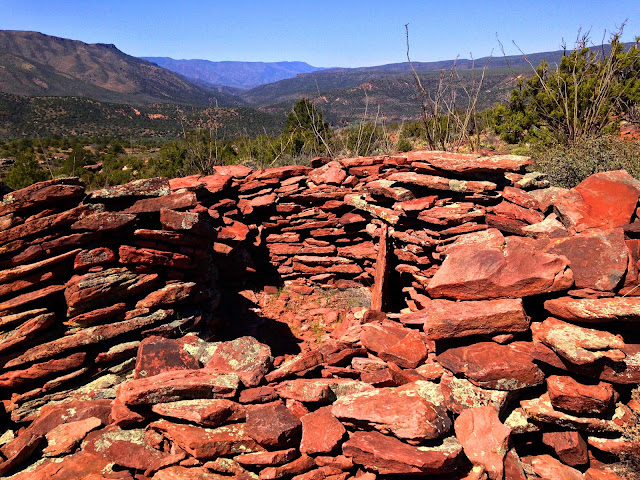 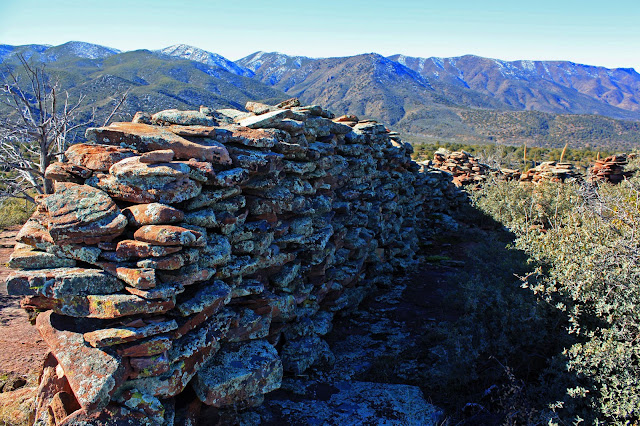 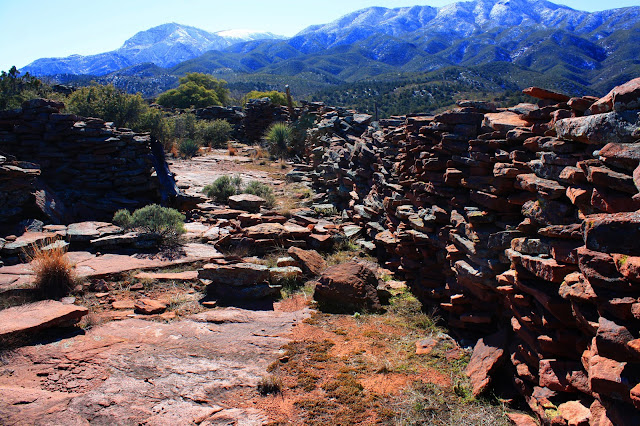 All of the above have many compelling evidences in addition to what can be found in the book the Forbidden Histories of the Americas It would seem there is so much more yet to be told concerning the history of the continent, and it seems an open effort is still in place to keep it from being known… what is it the elite are after, what is it that is apparently unknown or hidden here in this place in the west that has seemingly compelled expeditions funded by the Royal Families of British Isles or the Holy Roman Empire and others? Why is it when they came here in 100 BC they lived according to the Roman Catholic faith but when they returned they had for some reason adopted and integrated a set of Jewish beliefs and referred to themselves from that time on as Roman Jewish. Where did this Jewish twist come from? Why is it that they still to this day covet this land? History without any doubt repeats itself, keep your eyes open, because it is all coming again.