Lost and Found City of the 7 Foot Tall People 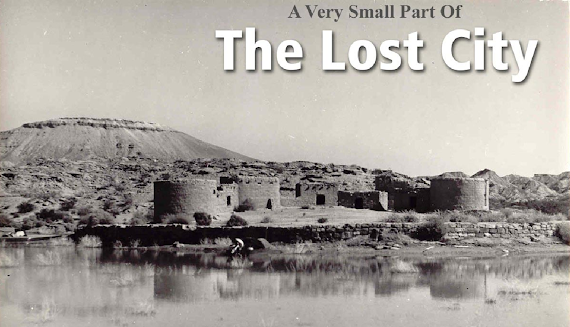 In almost every publication since the so called discovery of Tontonteac, this is the image that has been instilled into the minds of the people so that they do not realize the magnitude of the city known long before Jedediah Smith who is said to have made the discovery

Just imagine hiking through the forest exploring the possibilities of antiquity, wandering the desert terrain in search of things of the past or even traveling through the rural area near a populated area, and something catches your eye, something that causes you to realize that what you are looking at cannot be, or could it be? how has this existed for so long without being discovered or noticed… but deep within, you know the answer…

Many amazing things have been discovered on this land since the last flow of Europeans came to this land, amazing histories remain untold from times before… only hints found in the documented histories be it former explorers, Indian legends and sometime just a small notation in some academic work of the past, and these things it is a wonder that they to have not been swept under the rug by those who operate under the thumb of Smithsonian with their proclaimed purpose of  The increase and diffusion of knowledge, and yet since the beginning, have done nothing but give the illusion of knowledge promoting delusion in the carefully orchestrated history we have been fed since our beginning. But should we blame them? Or have we brought this delusion upon ourselves through our own ignorance as we simply would not have the truth?...

There is yet to be discovered across this land, evidence or prior occupation of culture after culture some of which even if the evidence comes into the open, a majority will still refuse to believe. Imagine believing you have found an ancient city, buried under the refuse of some catastrophic event of the past… what to do next? Or should you? Because again within you, you know no one is going to believe this unless steps are taken to prove its existence and when that step is taken, Smithsonian steps in to go to great lengths to hide the truth, it is easier to promote and build a reservoir to cover the truth, than to go to the great efforts to hide an entire civilization from knowledge… a question I am not certain I will ever find the answer to…. What the hell are they afraid of?

Most of us have heard of the discovery made in the Grand Canyon in 1909, this discovery as amazing as it was has been nothing but bastardized ever since, there were NO DAMNED EGYPTIANS! The irresponsible reporting NOW DAYS is out of control, but the efforts to hide the discovery continue even to this day with “their” last feeble attempt to hide evidence occurring in 2008 an attempt which nearly breached the dam by erosion unexpected in the flood tunnels, a dam that was built to hide even more upstream. but they didn’t tell you about any of that did they? After touting their success in restoring the sandbars in the Grand Canyon, it was and is to this day obvious that it  made no difference what so ever…

From the USGS web site, so It must be true!

The is a bit closer to how it was before one of the country’s largest dams was installed upstream. Three years of releasing water from Glen Canyon Dam to generate controlled floods has resulted in rebuilding sandbars in the Grand Canyon, according to a new USGS article published in Eos, the daily Earth and space science website published by the American Geophysical Union. These simulated floods redistribute sand and mud, which helps develop this critical feature.

Sandbars are an important part of the ecosystem. They provide habitat for native and endangered fish, sand that supports vegetation and helps protect archeological sites, and the flat ground provides great camping spots under the stars.

"This study demonstrates the advantages of a robust science program dedicated to understanding the unique resources of the ," said Principal Assistant Secretary for Water and Science Jennifer Gimbel. "These findings will help inform decisions that benefit the , as well as the millions of Americans who rely on this treasured watershed for recreation, water and power."

Camping spots? As if there isn’t enough? Why the several restrictions on going ashore

The following photos are a comparison in one case in the which clearly shows NO change at all as a result of the flooding. These photos are representative however choose any sand bar in on the river and compare, after following the river comparing for nearly 100 miles, I found no difference what so ever. The only goal of this so called controlled flooding was to wash down and hide many evidences of a former city, to this day there are locations along the river where in it is strictly said you cannot put ashore… why? With river rafting becoming increasingly popular, something had to be done to keep the remaining evidences from being found. 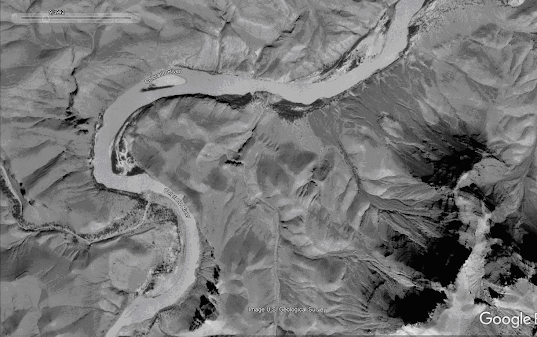 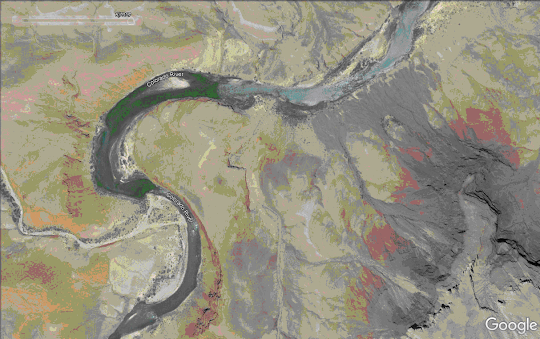 Another example of a major discovery quickly covered up and likely surpassed the NON Egyptian discovery in 1909, was Pueblo Grande of Nevada as they call it today, believed to have been first discovered in 1827 by Jedediah Smith but attention was finally brought to it in 1924 when it became very apparent as to the controversy this site was going to create. Smithsonian apparently jumped on the phone with Army Core of Engineers and plans were made to build a reservoir to hide the vastness of the ruins… oh ya,  and to provide water for the Californians. FIVE MILES of this principle city of the past was covered up figuratively and literally… This city was KNOWN long before Jedediah Smith in fact he likely had prior knowledge from the very maps the Spanish were using and where did the Spanish gain knowledge of them?

Tontonteac was its most recent name before it was given the name of Pueblo Grande of Nevada. The use of the word is to me, another way of saying Romans or Greek. It was obvious it was a city built upon city after city, it is suspect it was or is, the city of Anahuac mentioned by the Aztecs as the first and original city built upon this land when they first came to this continent across the west sea, it it would be several layers down under several other cities built by other cultures. According to Harrington, the never got to the bottom,.

Following is the news article that appeared on no less than 14 newspapers around the country in April of 1925, 9 years prior to the completion of the dam that would hide the vastness of the discovery. 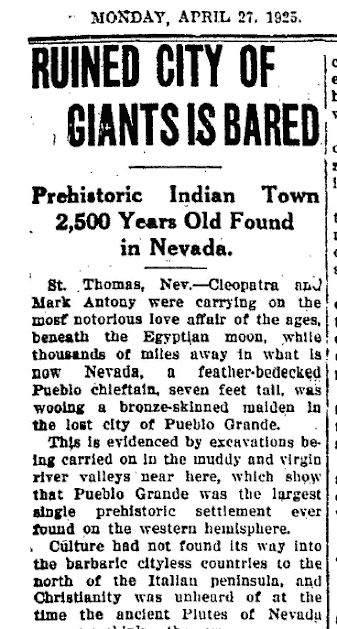 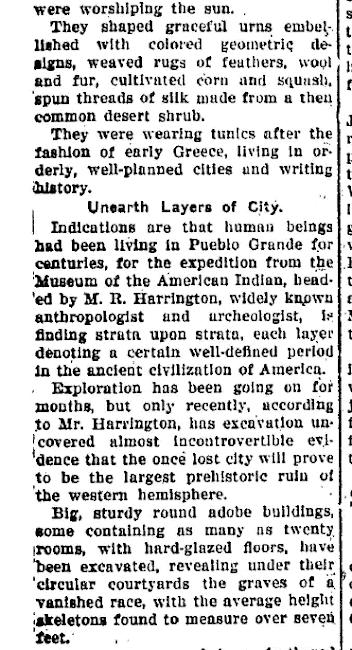 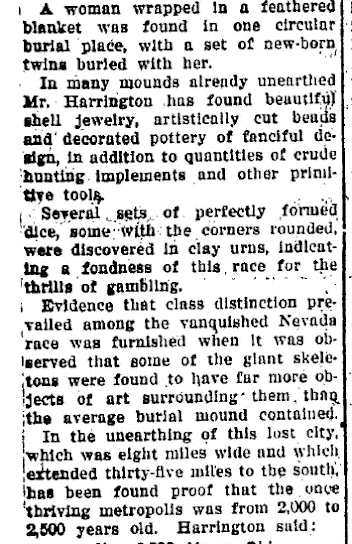 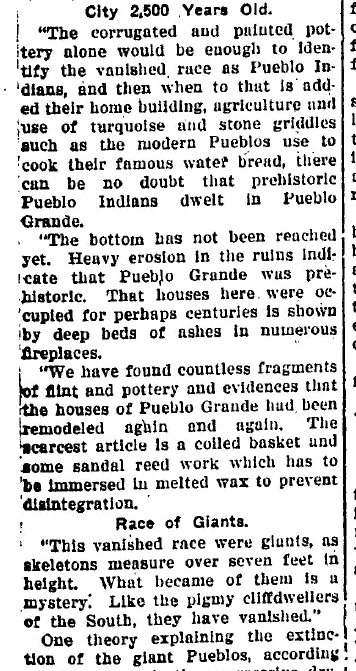 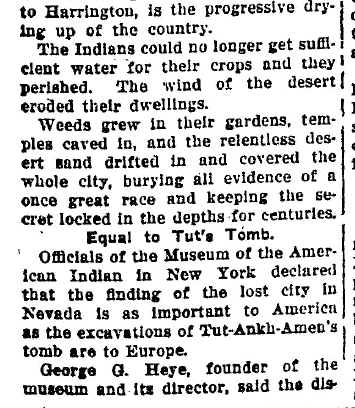 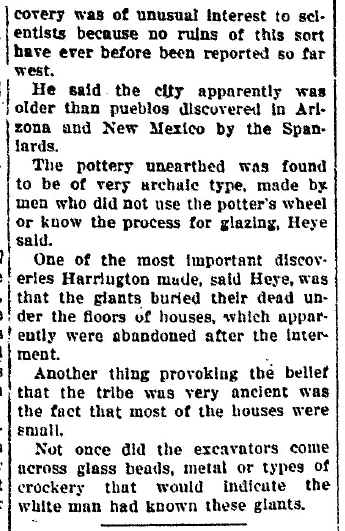 I love they way the writer keeps making Egyptian references, it won’t be long before the lazy reader and irresponsible media are proclaiming ANOTHER Egyptian City Found!

THERE WERE NO EGYPTIAN PEOPLE!

In many publication now it is said that the people were small.

Below are some of the MANY maps of the 15th through 17th century maps showing these cities, what of all the others on these maps and even those not named or shown? What of the many mound cities that were discovered in just like those of the Mississippi Mound Builders? What? You never heard of them? The most famous, or should I say use to be was found in Parowan  with it huge platform mound like Cahokia, excavated IN PART by Neil M. Judd and then left to the local farmers to plow under. 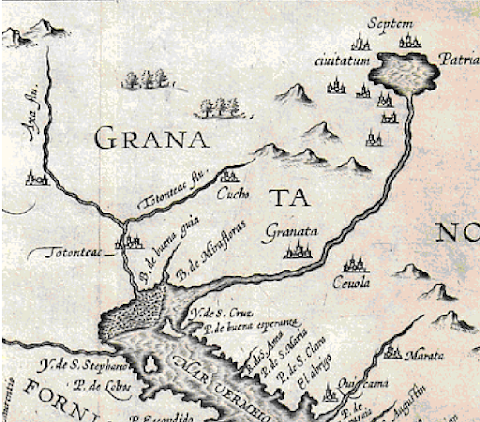 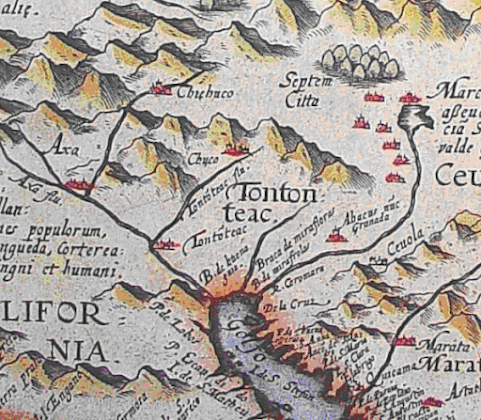 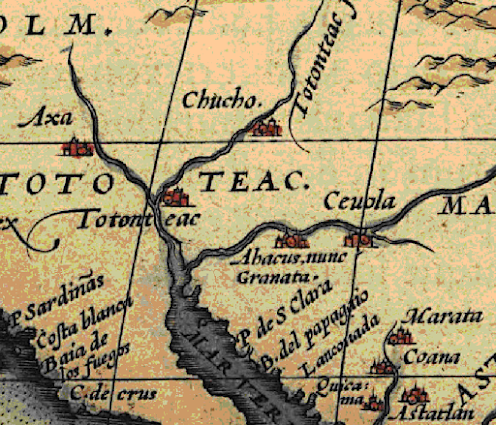 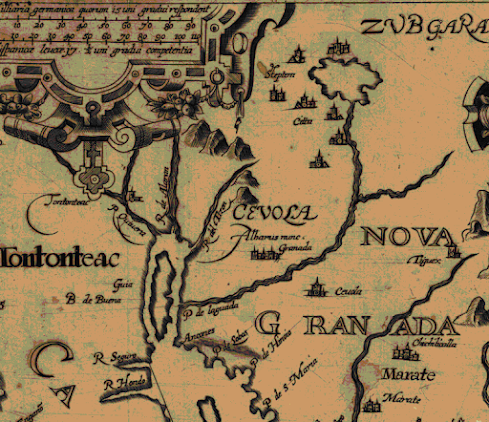 Other possible cities not indicated on these maps include one possible location high in the mountains near Utah county, one, maybe even two in the rural areas of Sanpete Valley, one rumored city in the Henry Mountains and one or even two under well known reservoirs. It would seem building reservoirs is a quick way to hide something and avoids a lot of questions, also creating a scapegoat.