A strange-looking landau buggy and the Blue Max Beef

As many of you know it is an ongoing project seeking to prove or disprove any of the contents of The Black Book, “Jesse James was One of His Names… Here is a little tid-bit from the book, and one that did not make it into the book…

“You read it here for the first time, but James Clan records detail how Jesse James and his agents smuggled Kaiser Wilhelm out of in 1922 shortly after the fallen German leader had married Princess Hermine. The two men had been friends long before World War I and Wilhelm had been Jesse's guest several times in .

Jesse and his agents left a double as "The Woodchopper of Doom" and Wilhelm and Hermine landed in as Mr. and Mrs. William Kumpf. Although he was in his 70s, the ex-Kaiser sired several children by Hermine, who was much younger.

Two Californians alive in 1974, Jack Longley of Banning and John McFarland of , knew Herr Kumpf and his royal background. Longley knew him at his ranches in Washington, Wyoming and Nebraska, while McFarland recalls a visit in the early 1920s.

A strange-looking buggy-landau, custom-built in Germany $25,000, brought Jesse James, William Kumpf, John Trammell, Lucky Johnson and Jesse James III to the McFarland ranch near Fort Robinson, Nebraska. Like John Maxi (former Emperor Maximilian), Kumpf prospered in . Kumpf, a pot-bellied, white-haired old man with "a short left arm," owned a large home near . He made few decisions without checking with Senator Clark (Jesse James). He entered prize livestock in fairs throughout the West and called his ribbons "Blue Maxes" after the highest German aviation medal in World War I.

Princess Hermine died suddenly in 1934 and was buried in in the area. Kaiser Bill died of double pneumonia in 1937 and was buried on the old in . It is rumored but not verified their children later reburied their royal parents in the cemetery at .

In February, 1973, a Kumpf grandson was convicted of bribery and sentenced to prison following a sensational trial back East.”

The evidences of the Kaiser having visited are many, so much so it is no longer a theory but a known fact. Photographic evidence has been found regarding his dealings in in the 1920’s, not to mention several news articles of the day and land records showing his interests and purchases. Below is a photo of Kaiser Bill on one of his many trips to in the 1890’s.  The two photos below were taken on a hunting trip just after a wagon he and others were in and had overturned. Notice his torn pants and his pose concealing his withered arm. 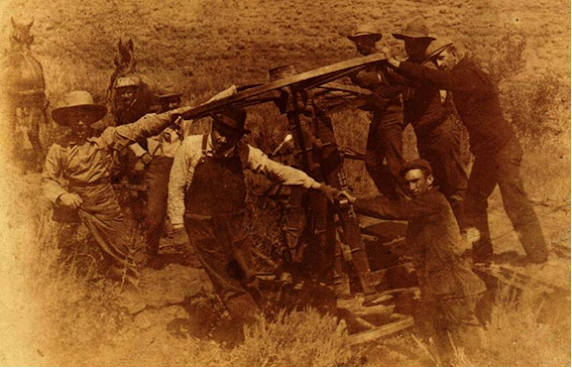 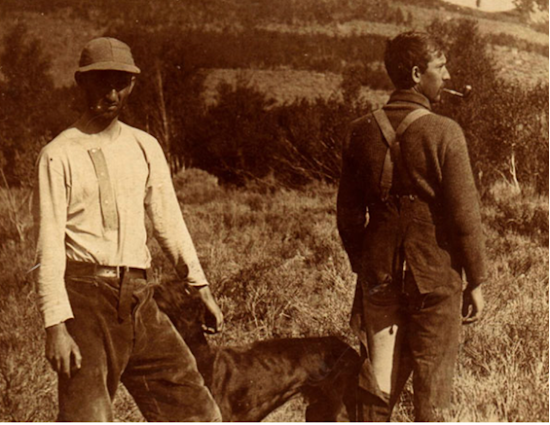 Kaiser Bill on the right 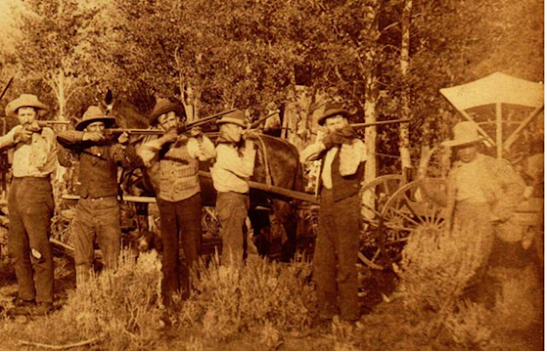 Hosts of Kaiser Bill from the hunting party in the Uinta Basin with suspect Baron Von Horst on the right,

NOTICE however on the right, behind Baron Von Horst, “A strange-looking buggy-landau, custom-built in ” Is this the same buggy mentioned above?

The following is NOT INCLUDED In the Book Death of the Republic:

I decided to do some checking into the references about the Kaiser living in and his “Blue Maxes” Well as it would seem, just south west and south east a few miles from are two “World Famous Butcher stores called Blue Max Beef… Could it be?

I decided to give the store in Puyallup Washing a call… the man who answered told me the owner was not available at the time, I asked for a suggested time to call of which he gave me… When I called back, again he was not available and so I relayed my question to the manager of that store and he said he would find out. My question was simple… How did the name Blue Max Beef come about?

A couple of weeks later I called again to which the manager happily told me he had my answer. He said the present day family which owns Blue Max Beef purchased the store long ago from and old German Guy, and he is the one who named the store Blue Max Beef. 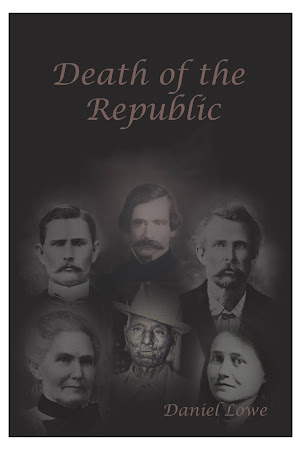