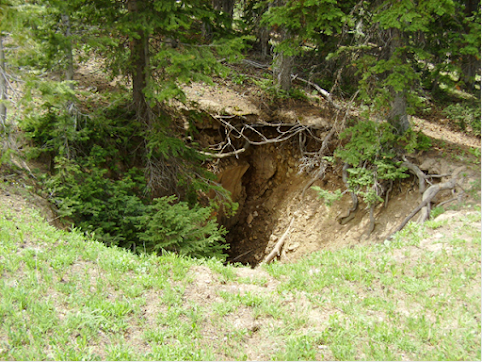 The following story has been written before, but with slightly different details that quite frankly don’t matter.

I have said many times before, that I do not chase after story book tales, this story in the past has been dubbed as the Black Bull mine. The story never really interested me until one of the four copied maps given to my friend by a Navajo/Apache Indian who one day showed up at work with the maps, telling my friend he wanted him to have them and that they were taken from the dead Spainards of the past when his grandfathers had killed them as they passed through the 4 corners area long ago.

I took notice of one of the maps known by some as the 1850 Arolla le Sampora Map which just happened to have certain markings that clearly was the location told in the Black bull mine story… if my reckoning is correct.

Sometime in the early 1900’s Mr. Brinkerhoff a prospector in the area, (It was likely Mr. Clegg of the Park city area), had 4 floating claims in the south fork of the Weber.

One day while prospecting near Pullem Creek and South near the old cattle trail (which by the way is an old Spanish trail), he came across a large “granite” boulder with a cross on it (another source says “Maltese Cross”) with one arm of the cross pointing longer in one direction. The prospector notice a very dim trail breaking off and heading in that direction and so he followed it not to far when he came to a small stream. Crossing the stream and continuing to follow the old trail he came to what seemed to be the end and so he began to look around. As I recall from another source not in the publication which I have not read in many years, he was in some low brush and fell into a hole. It was not a deep hole and he dusted himself off and discovered it was in fact a tunnel of sort. Following it for a short distance it opened up into a large room, then it went into a tunnel again and shortly thereafter into a small room where in he found stacked nicely on the floor, a stack of 10 lb gold bars. 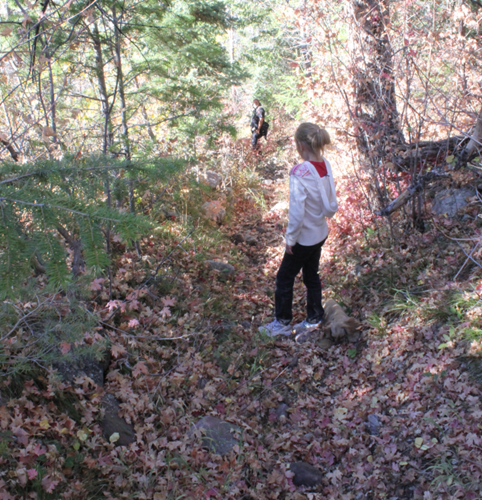 Usually the story goes that the finder left and took nothing with him and later could not find it, but this story is different. Mr. Brinkerhoff, or Likely Mr. Clegg, took one of the bars with him and days later he took his son back up with him. It is said his son had a sister named Zula B… this would no doubt be Zula Brinkerhoff whose maiden name was Clegg, which is why I suspect Mr. Clegg and not Brinkerhoff. Taking his son to the site was shortened when walking “the old Cattle Trail” a big black bull stood in their path, if you had ever been on that old trail there is many places where in if you met up with a bull coming down and you going up, there is no where to get out of the way. Several times they tried to get the bull to move but it just wouldn’t budge… Now the last part puzzles me… it is said that because the bull wouldn’t move, he took it as a sign that he was not to go back to retrieve more bars. I personally would have had a hell of a steak dinner that night. Any way, the story melted into oblivion after that until one of the book authors revived it sometime in 1980’s or 90’s.

Well about 10 years ago and after receiving the 4 maps and having time to look things over, I made my way up to this area to see if the details were correct… and we found that Mr. Clegg or Brinkerhoff couldn’t have been so lucky. Long after he was gone, it seems the Arolla map verified certain details. The old cattle trail as it was called is not an old cattle trail, well not originally, I have walked that trail from top to bottom and although it may have been used as an old cattle trail, it was an old Spanish trail prior. The big boulder is definitely there, but… the cross has been broken off and the rock is not granite but we’ll let that one slide… and there is still to this day what appears to be and old nearly vanished old trail leading off, or at least 10 years ago. 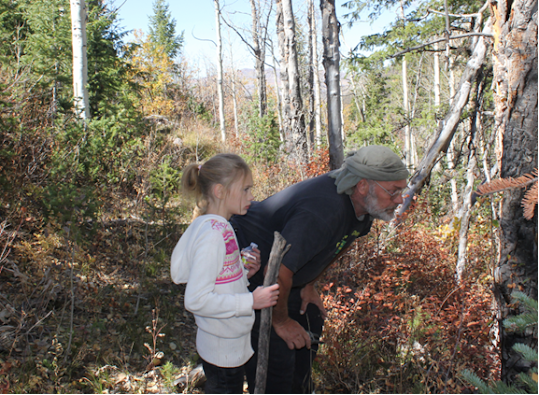 Examining the markings on the trees along the old trail 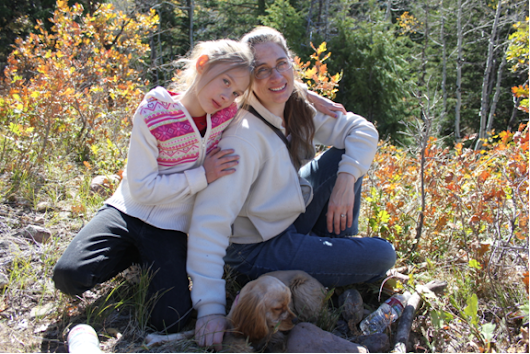 My support team of the day…

But what sold me on the story was the things on the map, that the Prospector never knew. There was indeed a cache located at that spot and likely is still there. On the map is a swastika with a big dot on the end of one of the legs, my friend never knew what it meant, but he did find a aspen tree many years ago which had the very same character on it as is shown on the map, it doesn’t get any better, and the tree was right where it should be based on what the swastika represents and where it is located on the map.

I even found the hondo (deep) shaft marked on the map up the canyon, today it is recognized as a “sink hole.” 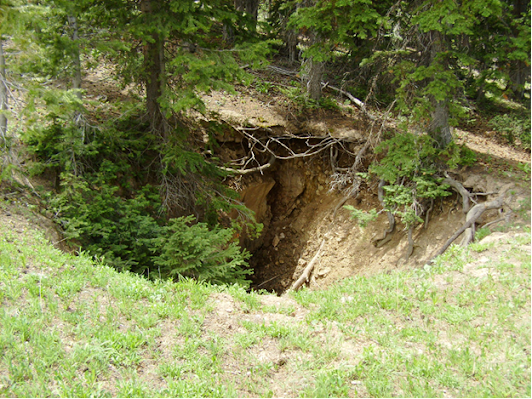 Whether a Sinkhole or shaft its still hondo.. 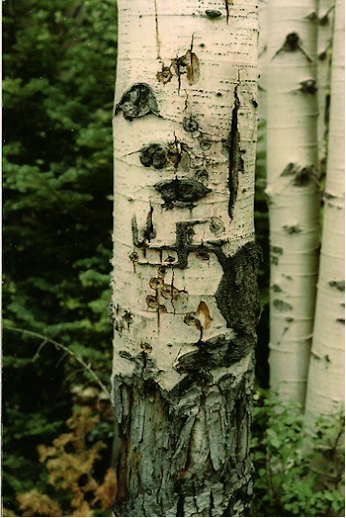 The long gone Swastika with a big dot, found by Steve Shaffer long ago near the cache site

Steve has recently passed away, and we are going to miss you old friend. 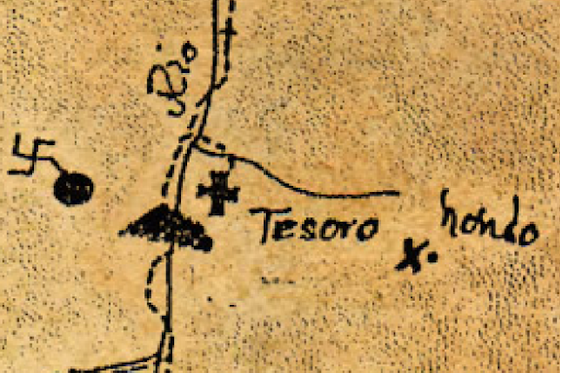 A clip of the old map

When all this was going on with me, I was just starting to have problems with my knees, however I have been back several times but couldn’t go to far. I have two friends who independently have search the area and some interesting things have been found however no small hole as of yet. One of those friends has since passed away, my most dedicated treasure hunter, Todd Strong, whom I miss dearly. My other friend I believe is still working the area near what he now calls Ruger creek, because somewhere in that drainage is where he lost his Ruger Pistol a few years ago. I am anxious to return to this place, now that I have been knee pain free for about a week  thanks to my sweet Amy, one of my greatest blessings.